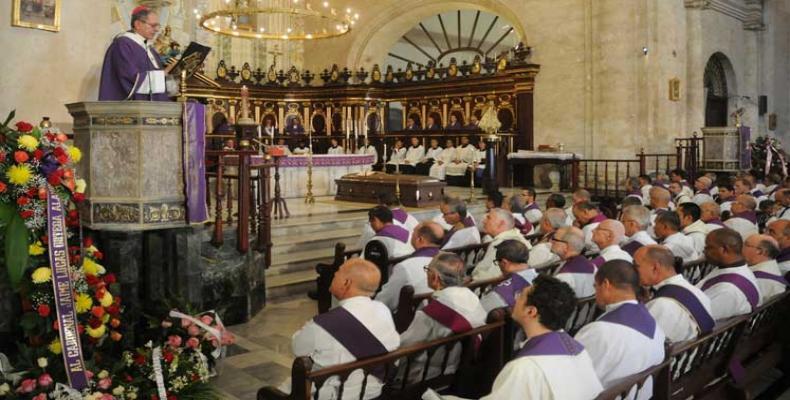 Ortega, who died on Friday at the age of 82, was buried in the city’s Colon cemetery.