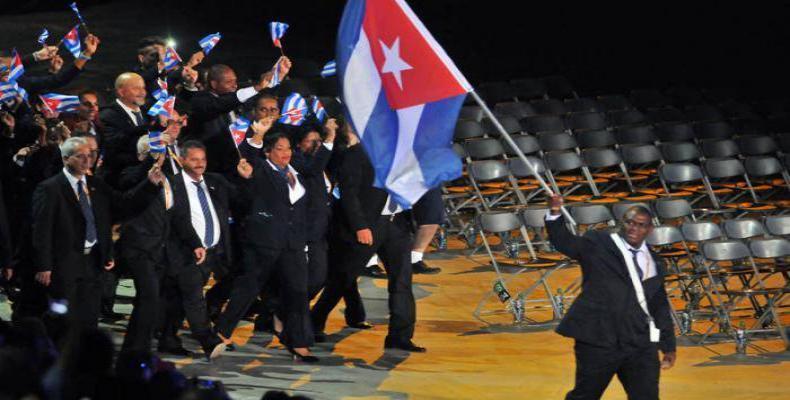 Lima, August 12 (RHC)-- The president of the Cuban Sports Institute (INDER) Osvaldo Vento Montiller, considered on Sunday that the Cuban delegation attending the 28th Pan American Games fought hard for the goal set and was able to raise the name of the homeland.

In a press release published by the online publication Jit, the sports executive thanked the support and encouragement offered to the delegation by the island’s highest authorities.

The document adds that Cuba enrolled 420 athletes in 33 sports and competed in 267 of the 419 events convened and closed its performance with 33 gold, 27 silver and 38 bronze medals, obtained in 20 sports.

Cuba finished with 33 titles, below the 36 obtained in Toronto 2015. That balance also determined the island’s falling from the fourth to fifth place per country in the medal table.

Vento Montiller described the recently concluded games as the most demanding in history, with the  presence of more than 100 Olympic medalists and the fact that 21 sports provided places for Tokyo Olympic Games.

The Sports Institute President considered that this reality is likely to remain in the future, because high performance sports are increasingly demanding large expenditures, and this is a challenge of great significance for Cuba.