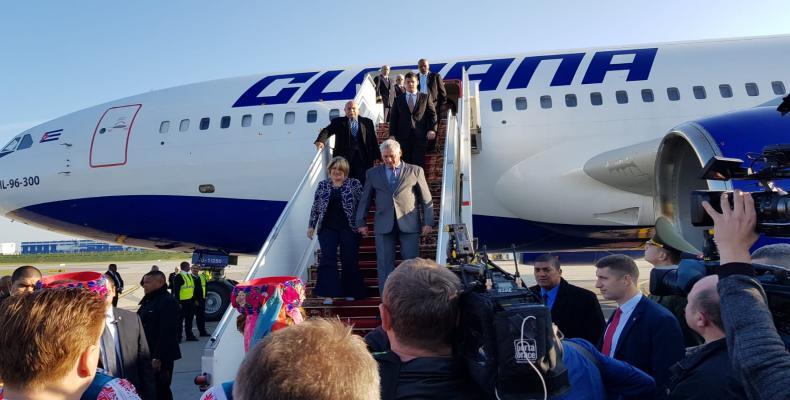 Upon his arrival at Minsk National Airport, the Cuban president was received by the Belarusian Minister of Industries, Vladimir Utyupin, and the Vice President of Foreign Affairs, Evgueni Shestakov, among other personalities.

The Cuban leader will hold talks with his counterpat, Alexander Lukashenko.   He will also visit sites of economic and cultural interest, among other activities.

The Cuban president's trip comes after a visit to Ireland, where he spoke with his counterpart from that European country, Michael Higgins.

The current tour of the island's head of state also includes an official visit to Russia and his participation in the 18th Summit of the Non-Aligned Movement, to be held in Azerbaijan.

In Minsk, there is already an official delegation from Cuba, headed by the vice president, Ricardo Cabrisas Ruiz, who was received on Monday by the president of the Chamber of Industry and Commerce of Belarus, Vladimir Ulajovich.