Anti-imperialist meeting of solidarity gets underway in Havana 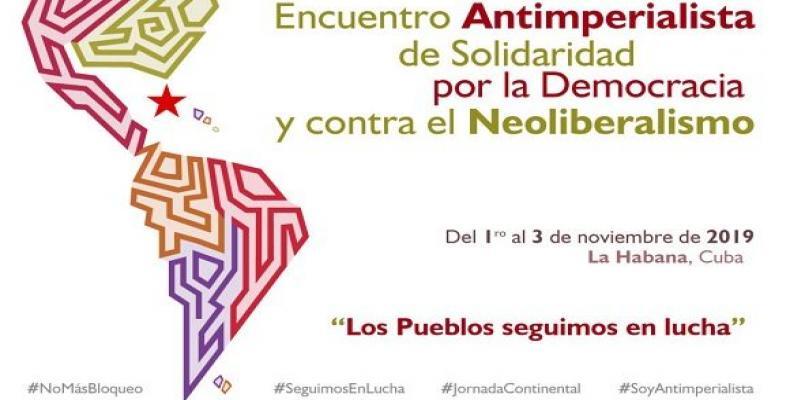 Havana, November 1 (RHC)-- With the presence of more than a thousand representatives of social movements, solidarity organizations, political forces, as well as personalities from the intellectual and academic world, the Anti-imperialist Meeting of Solidarity for Democracy and Against Neoliberalism got underway Friday in Havana.

The goal of the meeting, which is running through Sunday, is to unite progressive forces in defense of peace and against the United States neoliberal policies in its new interventionist agenda for Latin America.

Granma newspaper said the event will focus on the thought and political work of the historical leader of the Cuban Revolution, Fidel Castro, the current situation of some Latin American peoples, as well as the legacy of Hugo Chavez.

This meeting takes place amid electoral results and popular uprisings in Latin America against neoliberal policies.