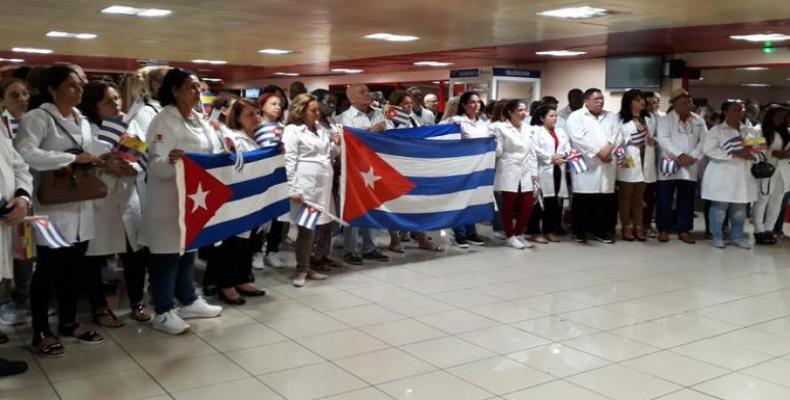 In Havana, Public Health Ministry Doctor Jose Angel Portal Miranda thanked them for their performance and reiterated to the Ecuadoran people the will of Cuba to continue providing them with health services, despite the fact that cooperation is ceasing by a decision of their government.

Portal added that the return of the doctors from Ecuador opens up the possibility of their presence in other countries who need their services.

According to Prensa Latina, the Cuban mission in Ecuador was made up of  363 professionals.  177 aid-workers arrived on Tuesday.