Governments of Cuba and Suriname reaffirm ties of cooperation 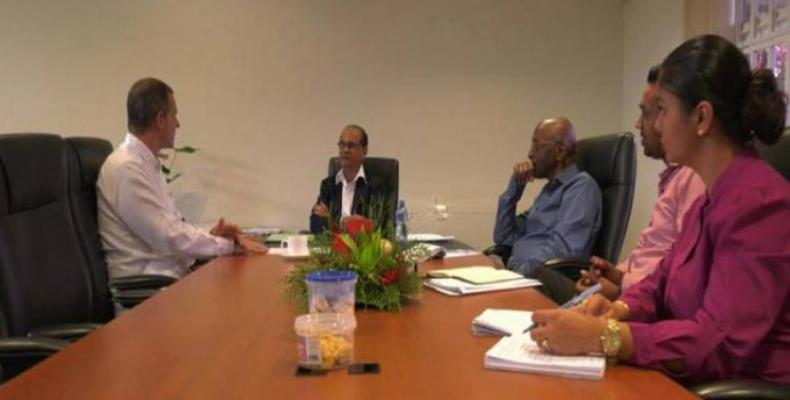 Havana, December 19 (RHC)-- As part of the celebrations for the 40th anniversary of the establishment of diplomatic relations, the governments of Cuba and Suriname reaffirmed their common interest in deepening cooperation.

The Cuban Ambassador to that nation, Igor Azcuy, in a dialogue with the President of the National Assembly of Suriname, Jennifer Simons, expressed his gratitude for the support of Cuba's struggle against the criminal blockade imposed by the United States.

For her part, Simons said that it is a moral obligation to support Cuba in the face of the unjust and criminal policy that is trying to suffocate the Cuban people.

The head of the Cuban diplomatic mission also held talks with the Minister of Agriculture, Livestock and Fisheries, Rabin Parmessar, and they agreed to establish regular coordination to promote cooperation projects in the cultivation of products such as rice and onions.