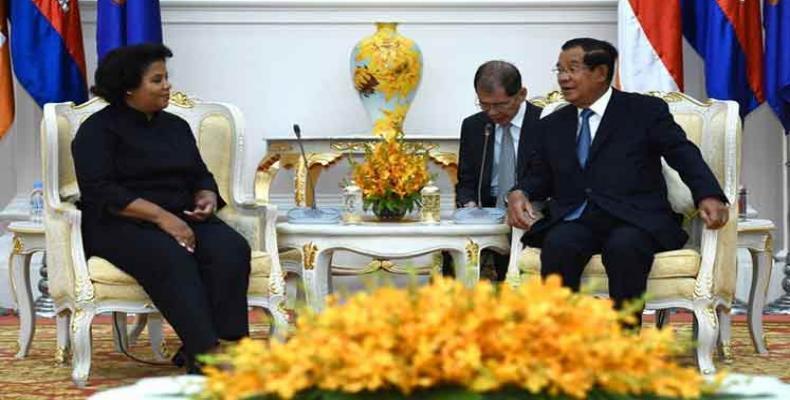 Havana, January 29 (RHC)--The Cambodian Prime Minister, Hun Sen, received this Tuesday in Nom Pen, the Cuban Ambassador, Liurka Rodriguez, as part of the celebrations for the 60th anniversary of the establishment of diplomatic ties between both countries.

The Cambodian head of government announced that the activities would be at the level of the relations of friendship, cooperation, and respect between the two nations. He thanked Cuba for its solidarity in the field of health. He stressed that his country must accompany the Caribbean island in its just and noble causes.

The Cuban ambassador praised the close ties that have always united the Cambodian and Cuban peoples and noted that the beginning of the program for the celebrations coincided with the birth of the Cuban National Hero, José Martí.

Cuba and the Kingdom of Cambodia established diplomatic ties on April 15, 1960.