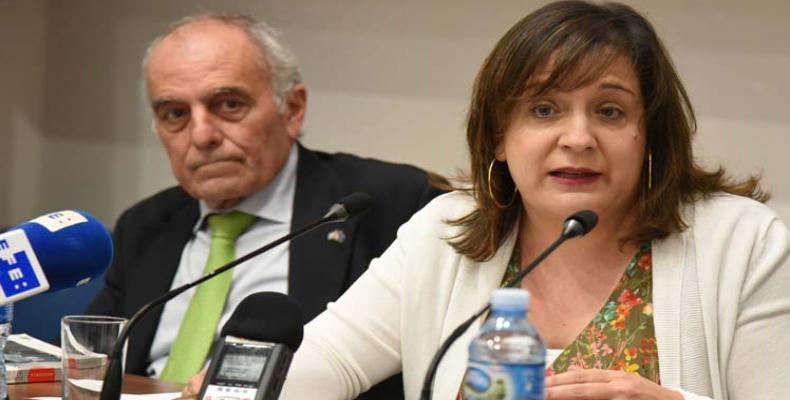 Havana, 28 Feb (RHC)--  The president of the Group of the Progressive Alliance of Socialists and Democrats in the European Parliament, Iratxe García, reiterated on Friday the European Union's (EU) condemnation of the US blockade against Cuba.

"Our political group has always denounced the illegal US sanctions and the Helms-Burton Act, which are contrary to international law, and which seek to stifle the island's economy and also indiscriminately punish the entire society," she said.

At a press conference with the EU ambassador in Havana, Alberto Navarro, García stressed that the blockade measures "harm the island, Cuban citizens and third parties, including European citizens and companies."

On initiatives to be developed from the European Parliament to mitigate the damages of the blockade on Cuba, she reiterated the need to denounce and make known at all levels the impact of these sanctions on the island's economy and on its population.

Iratxe García also reiterated the need to increase cooperation and investments in Cuba, bearing in mind its importance as the European Union is the island's second-largest trading partner.

"The EU's cooperation policy with Cuba is making it possible to implement programs on food security, sustainable agriculture, renewable energy, and other issues which are fundamental to make progress and reduce the effects of the blockade," she argued.

The Spanish politician traveled to Havana with a delegation of socialist and democratic MEPs, who expressed the will of this political formation to promote cooperation with Cuba within the bloc.

Garcia stressed that the group's visit to the island is a "clear demonstration of a commitment and political will to strengthen and deepen the Political Dialogue and Cooperation Agreement between the EU and Cuba, which has been in place since 2017".