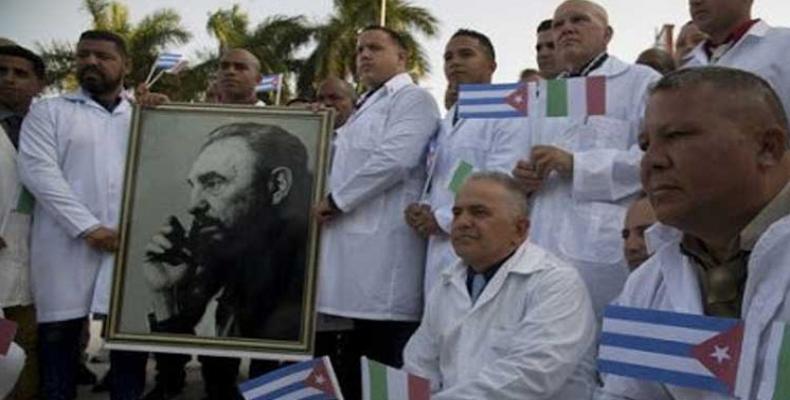 Rome, March 22 (RHC)-- The National Coordinator of Cubans Living in Italy (CONACI) welcomed on Sunday the arrival of a brigade of Cuban health workers to help fight the COVID-19 in that European nation.

In a statement, CONACI expressed "joy and satisfaction for the arrival of the highly qualified Cuban medical personnel" and described the event as a symbol of brotherhood between the peoples of both countries.

The Cuban Minister of Public Health, Jose Angel Portal,  bid farewell on Saturday to the 52-member group which was expected to arrive in Milan.

Milan is the capital of Lombardy, the region most affected by the epidemic.

Giulio Gallera, the regional government's Health and Welfare Secretary, described the presence of the Caribbean nation's collaborators as an extraordinary opportunity. He said they would be working in a newly built field hospital in Crema, in Lombardy province.

Cuba's prompt response to Italy's request for help in dealing with the most severe emergency since the end of World War II has been in the news for several days in the country's traditional media and social media, with positive comments and repeated expressions of gratitude.