Battle against COVID-19, a priority for the Cuban Government 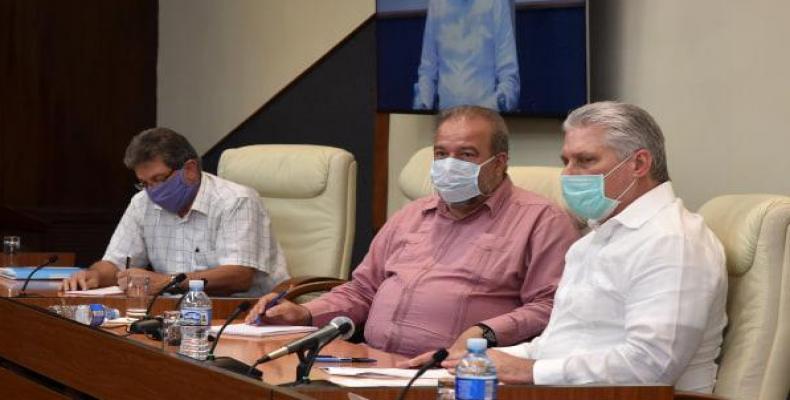 Havana, April 2 (RHC)--  Cuban President,  Miguel Díaz-Canel Bermúdez, insisted on Wednesday on the need for people to go to the medical services if they have any symptoms of COVID-19 to have a higher chance of success in treatment.

The President and the Prime Minister, Manuel Marrero Cruz, led the daily meeting on that reviews in detail the situation with the COVID-19 in Cuba, where 212 cases have been confirmed, including six deaths.

The head of state referred to the four patients released on Tuesday, "these are four lives that have been saved," he said.

Diaz-Canel again reiterated the responsibility that parents have for their children to remain in their homes, that they are not in the streets playing. He also commented on the social indiscipline that still prevails in some territories.

The President also spoke about a group of experiences being generated in different provinces.  They involve the care of vulnerable people, the work in the community to serve the population in this challenging context, with the participation of the non-State sector, and the performance of the National Revolutionary Police, informing and controlling indiscipline.

Díaz-Canel directed the Ministry of Labor and Social Security to carry out inspections in the next few days, in coordination with the provincial and municipal governments, to check compliance with the use of teleworking, which, in his opinion, is still not being used to its full potential.

The ministry will also evaluate how the decision not to have people vulnerable to COVID-19 in any work center is being complied with.