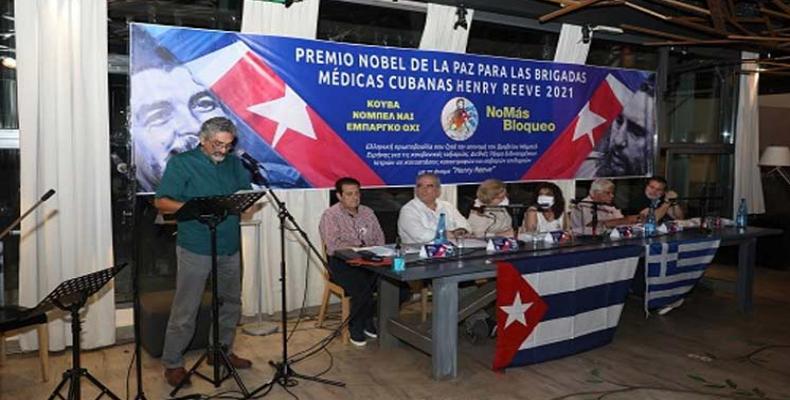 Athens, August 19 (RHC)-- Velissarios Kossivakis, administrator of the Greek Team for the Nobel Peace Prize 2021 for the Henry Reeve Medical Brigade, reported in Athens that they presented the Committee of Honor of that initiative.

"The committee has 350 members, made up of personalities from Greek socio-cultural and political life, including academics, artists from different areas of the cultural sphere, deputies, politicians, intellectuals and unionists," Kossivakis said.

He said it is the least they can do to recognize the most supportive and humane work of a geographically small country, but immense in casting its lot with the poor of the earth, according to the teachings of Jose Marti.

The administrator pointed out that, up to yesterday, they had collected more than 65,000 signatures in favor, a number that he explained is constantly growing, while he called on those who wish to join to do so on several easily accessible digital sites.

Among the members of this Committee of Honor is Kostas Sarantidis, a legendary figure for Greeks of several generations, who supported the initiative at the age of 96 and maintains his vitality and revolutionary political beliefs.