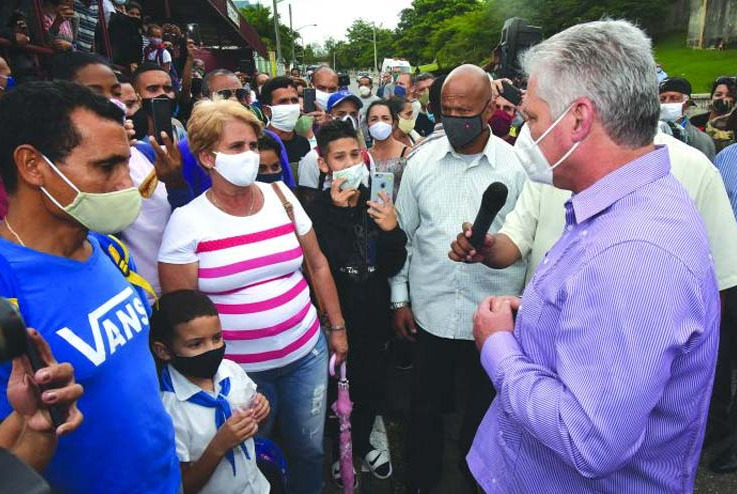 Matanzas, November 21 (RHC)-- Cuban Miguel Díaz-Canel, considered that the governmental visit to the western province of Matanzas leaves encouraging lessons, and said it was a territory with many potentials to fulfill the economic-social strategy.

"We have seen a province where there are unity and a spirit of work and connection with the grassroots that creates a very favorable environment to move forward despite the difficult problems faced," said Díaz-Canel, summarizing the Council of Ministers' visit on Friday.

The Head of State said that there is a noticeable spirit of creativity, despite situations impossible to solve due to economic difficulties and the US blockade's effects against the island.

He highlighted the cohesive performance of the province in the fight against Covid-19. He acknowledged that this result acquires greater relevance for being one of the territories with high pressure in the first moment of an imported disease outbreak.

With the reopening of tourism, the challenge is to sustain this achievement,' he stressed. He highlighted the relevance of the recently inaugurated Molecular Biology Laboratory in the city of Matanzas, an institution that he visited to congratulate managers and workers.

This was the Council of Ministers' eighth trip to the island's provinces this year to verify national programs' connection with local development policies, food production, productive chains, housing construction, tourism development, and other issues.