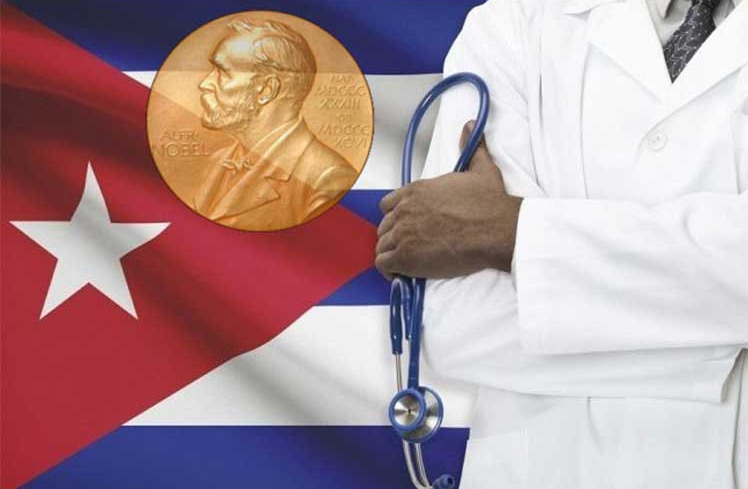 Brussels, Jan 27 (RHC) A group of 23 Belgian parliamentarians requested the award of the 2021 Nobel Peace Prize to the Henry Reeve Cuban medical brigades for their contribution to the global confrontation of Covid-19.

The legislators from the Labor Party (PVDA), the Socialist Party (PS) and the Socialist-Different Party (SP.A) addressed the request to the Norwegian Nobel Committee, which accepts proposals until January 31 and has already received dozens in favor of awarding the prize to the island's health professionals.

Belgian solidarity organizations highlighted the incorporation of the parliamentarians to the worldwide campaign launched in April last year, which in recent months has been joined by political, scientific and cultural personalities, legislators and solidarity movements from the five continents.

The new petition came to the Norwegian Committee from members of the House of Representatives and the Senate, federal institutions, and legislatures of the Walloon, Flemish and Brussels-Capital regions, with Bert Anciaux, Raoul Hedebouw, André Flahaut, Sofie Merckx, Peter Mertens, Germain Mugemangango, Ozlem Ozen, Marc Goblet Karin Jiroflée and Ludwig Vandenhove among the signatories.

Thousands of Cuban doctors, nurses and technicians have helped in the fight against Covid-19 in 40 countries, professionals who are members of the Henry Reeve International Contingent of Doctors Specialized in Disaster Situations and Serious Epidemics, created in 2005.

These brigades arrived with their solidarity for the first time in Western Europe, supporting the fight against the SARS-CoV-2 coronavirus in Italy and Andorra.

Regarding the request, Belgian parliamentarians agreed that it is a duty to cooperate in health matters in the situation humanity is going through, and in this sense, they described the Cuban medical brigades as an example.

Solidarity organizations operating in this country have been very active in recent months in supporting the petition to award the 2021 Nobel Peace Prize to Cuban health professionals, among them Cubanismo.be, the Friends of Cuba in Belgium and the Association of Cuban Residents (CubaBel).