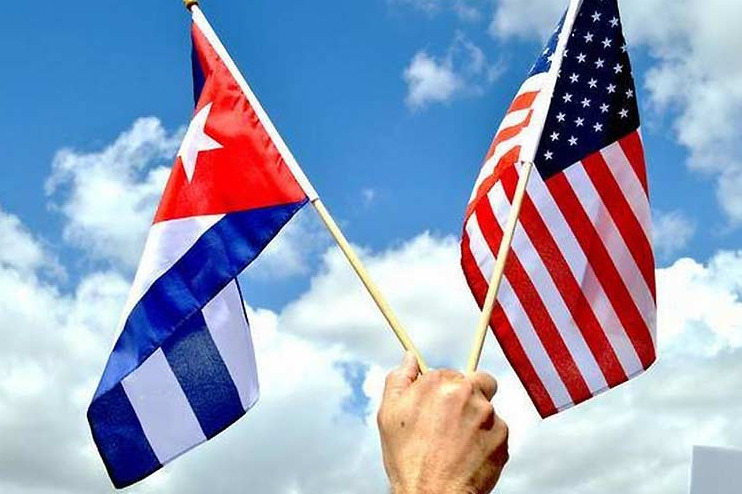 New York, July 14 (RHC) -- Progressives in the United States voiced on Tuesday their support to the Cuban Revolution and vowed to continue exposing Washington’s aggression against the island nation.

In a statement, they called on elected officials who support an end to the blockade to raise their voices and vigorously demand that President Joe Biden immediately reverse the existing Cuba policies enacted by the Trump Administration.

They added that once again Washington is attempting to exploit and capitalize on the human suffering and economic stress caused by both the blockade and the COVID-19 pandemic, in the hope of starving the Cuban people into rebellion.

“Our solidarity goes out to the thousands of patriotic and revolutionary Cuban sisters and brothers who countered this latest provocation against their homeland, seemingly orchestrated and financed by the US,” the text said.

Its signatories described President Biden’s statement in which he characterized the event of July 11 as a response to “decades of repression and economic suffering to which they have been subjected by Cuba’s authoritarian regime,” as a deliberate mischaracterization and an attempt to foster the US’ policy of regime change, to destabilize and undermine Cuba’s continued building of a vibrant socialist society without US interference.

They also voiced their support to President Miguel Diaz Canel's words when he said: The Cuban Revolution is not going to turn the other cheek to those who attack her in virtual and real spaces. We will avoid revolutionary violence, but we will repress counterrevolutionary violence.

Joan P. Gibbs from the National Conference of Black Lawyers, Professor Rosemary Mealy, author of Fidel and Malcolm X-Memories of A Meeting, Journalist Sally O’Brien, and  NY Cuba solidarity activist Gloria Sellers, were among the signatories of the release.