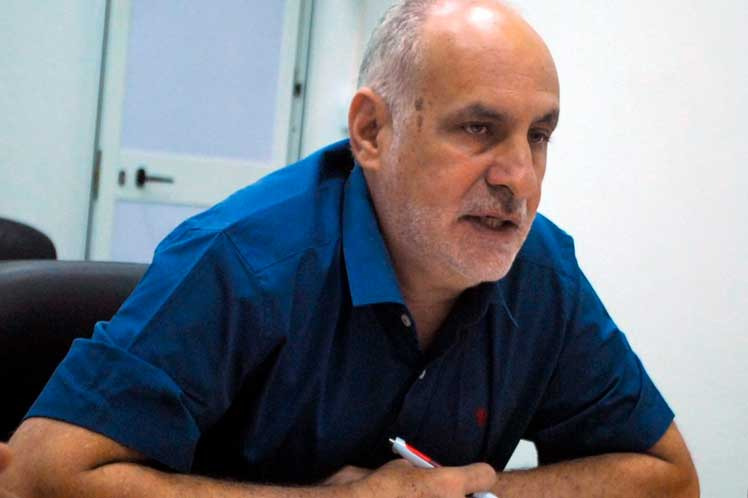 Ricardo Ronquillo, the President of the Union of Journalists of Cuba, UPEC.

Havana, Aug 24 (RHC)-- Cuba's Institute of Information and Social Communication, whose creation was announced Tuesday in the Official Gazette of the Republic, should facilitate the advance towards new press models.

In a Facebook post, Ricardo Ronquillo, President of the Union of Journalists of Cuba, said the entity created under Decree-Law 41 will be able to contribute to solve the structural problems of the sector and communication in society.

'The institution is expected to offer coherence to the fulfillment of the State, and Government Communication Policy approved in 2018, the first of its kind after the triumph of the Revolution,' and which 'recognizes the information as a public good and a citizen's right,' he wrote.

He noted that the Institute's design was in the making for several years. Its appearance is a necessity accentuated by Cuba's rapid immersion in the so-called era of convergence and in the scenario of hybrid warfare that the country faces.

'Ahead is pending, intending to solve such structural problems, the approval of legal instrument, already included in the parliamentary schedule, which offers guarantees to the rights to freedom of the press and expression included in the current Constitution,' he said.

This Tuesday, Decree-Law 41 came into force, in which the Council of State issued the creation of the Institute of Information and Social Communication.

According to the document, such an entity is considered an Agency of the State's Central Administration. Its mission is to conduct and control the Government's Social Communication Policy, propose its improvement, and promote the culture of dialogue and consensus in society.

The Council of Ministers is responsible for establishing, within 30 days from today's date, its specific functions, structure, and composition.

In a recent meeting with media professionals, the President of the Republic, Miguel Díaz-Canel, recalled that communication is among the pillars of the country, together with informatization, science, and innovation, and reiterated the government's will to understand the management of these processes as something vital.