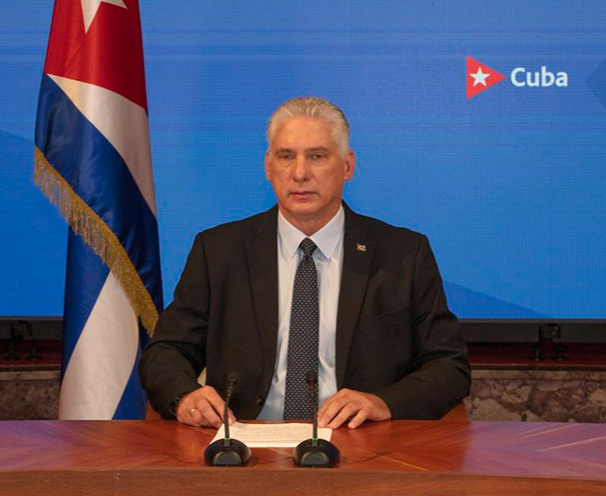 This was Díaz-Canel's fourth intervention in the UN General Assembly.

This was the fourth intervention of the Cuban leader in the high-level segment of the 76th session of the UN General Assembly, which is being held from September 20 to 27.

Previously, Díaz-Canel participated by videoconference in the Moment on Sustainable Development Goals, in the meeting to commemorate the 20th anniversary of the Durban Declaration and Program of Action, as well as in the meeting of Heads of State or Government of the Alliance of Small Island States.

The Cuban head of state urged the United Nations to work together for a more equitable, just and democratic world order in which no one is left behind.

He also called for a renewed and strengthened multilateralism, for cooperation in solidarity and the search for global solutions to common problems.

Díaz-Canel affirmed that despite the restrictions of the blockade imposed by the United States, Cuba remains faithful to its humanist vocation.

We will continue to promote cooperation in various areas, particularly health, and share our modest experiences in disaster risk reduction and confronting climate change, he said.