Cuba advocates at UNESCO for political will to promote education 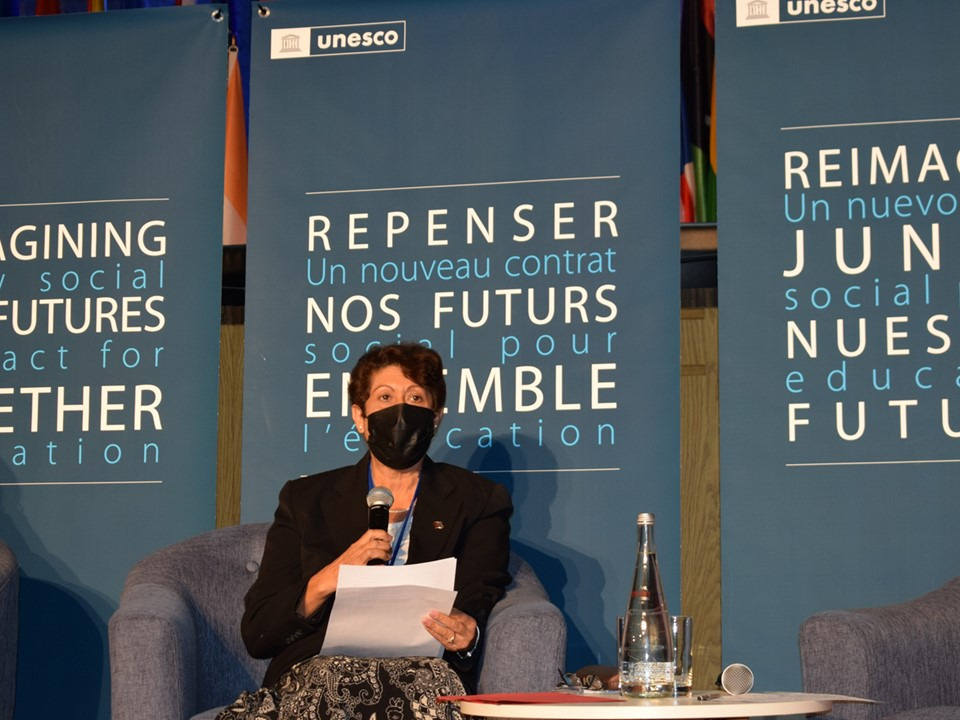 Paris, November 10 (RHC)-- Cuba's Minister of Education, Ena Elsa Velázquez, advocated at the 41st General Conference of UNESCO for the political will of governments to ensure education as a fundamental human right for all.

Speaking on Wednesday at the launch of the Report on the Futures of Education, the official also called for international cooperation, debate, and collective reflection to deal with the global challenges of education in a context marked by the Covid-19 pandemic.

"What we do today will be decisive in guaranteeing tomorrow. The future of education will depend on the solution we give today to the problems already accumulated, such as illiteracy, poverty, inequality and discrimination, consequences of the unjust international order," he warned on the second day of the General Conference, one of UNESCO's governing bodies.

Velázquez stressed at the forum that education represents a fundamental vehicle for achieving the better world to which we aspire, contributes to peace and sustainable development, and guarantees equality among human beings.

According to the Cuban minister, thinking about the future of the sector means promoting respect for cultural diversity and solidarity, which emanates from universally shared ethical values and addressing the challenge of protecting the environment.

In this regard, she recalled that small island states are particularly affected by climate change, hence the importance of preparing citizens with the vision of protecting nature.

The head of the island's delegation to the 41st General Conference of UNESCO, underway in Paris from November 9 to 24, said that the Covid-19 pandemic ratified the fundamental role of the State in confronting this unprecedented systemic crisis.

"The Cuban government guaranteed the material, human and financial resources that ensured the continuity of educational processes in different contexts, despite the economic limitations faced by our country, and it was a primary objective not to compromise the future of education and guarantee the safe return to school," she stressed.

Velázquez also reiterated that Cuba would continue to promote and defend education as a fundamental human right, protected by the vision of a country that guarantees inclusive, free, accessible, and quality learning opportunities for all its citizens.