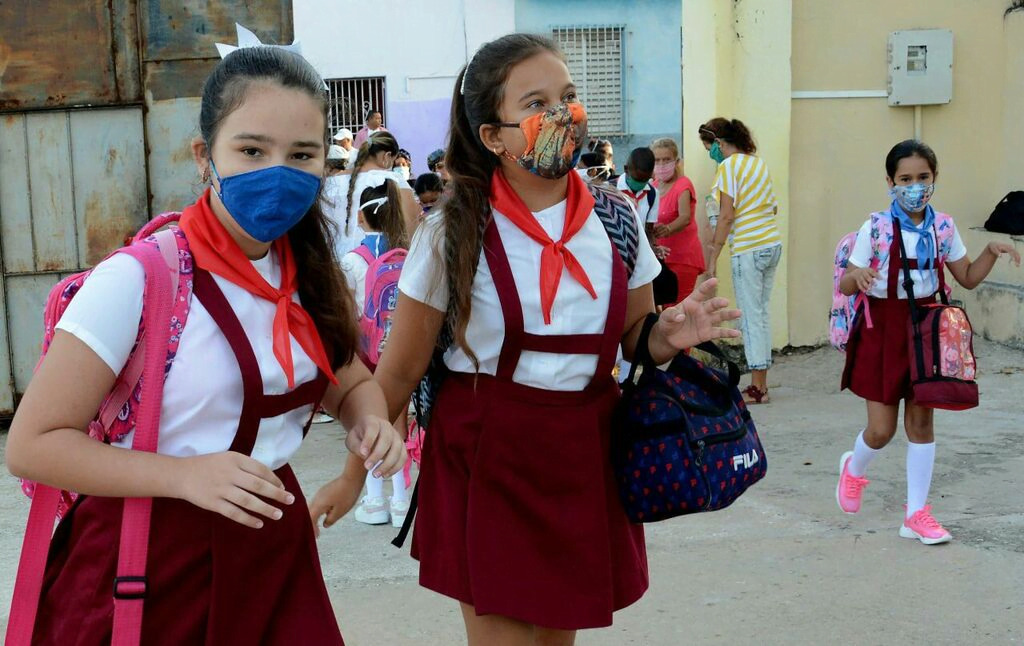 Havana, December 2 (RHC)-- Cuban President Miguel Díaz Canel-Bermúdez highlighted on Wednesday the achievements made by the country in the Regional Comparative and Explanatory Study, ERCE 2019, released by UNESCO.

The Director of the Regional Bureau of Education for Latin America and the Caribbean, Claudia Uribe, explained that this study was carried out to know the contents and competencies prioritized by the different countries in the region and to evidence the curricular visions and trends at the time prior to the COVID-19 pandemic, according to Cubaminrex.

Dr. Ena Elsa Velázquez Cobiella, the Cuban Minister of Education, participated in launching the results of the learning achievements and associated factors of the Regional Comparative and Explanatory Study (ERCE 2019).

Cobiella said the Foreign Ministry website conveyed the country's commitment to the quality of education and the importance of the ERCE for the training of Cuban teachers. Concerning the involvement of families, the minister explained that Cuba has extensive experience in this area through various initiatives such as the school of family education.

In Cuba, 10,399 children participated in the study (5,273 in third grade and 5,126 in sixth grade). The tests were taken in 2019, and the students were evaluated in the curricular areas of Reading, Writing, and Mathematics. In sixth grade, the Science area was also evaluated.

At the regional level, in the 3rd grade Reading indicator, more than half of the girls (59 %) and boys (53 %) achieved at least the minimum level of competencies; additionally, in Cuba, high performance of girls (74 %) was observed.

In the case of Mathematics, the results are similar, with slightly more than half of girls and boys achieving the minimum level of competencies, highlighting the report in this area to our country with 76 % girls and 74 % boys.

"Even though Cuba obtains better results than the regional average of the ERCE 2019, it has the challenge of decreasing gender differences in Reading. In Mathematics and Science, meanwhile, the country does not show gender differences," Cubadebate reported.