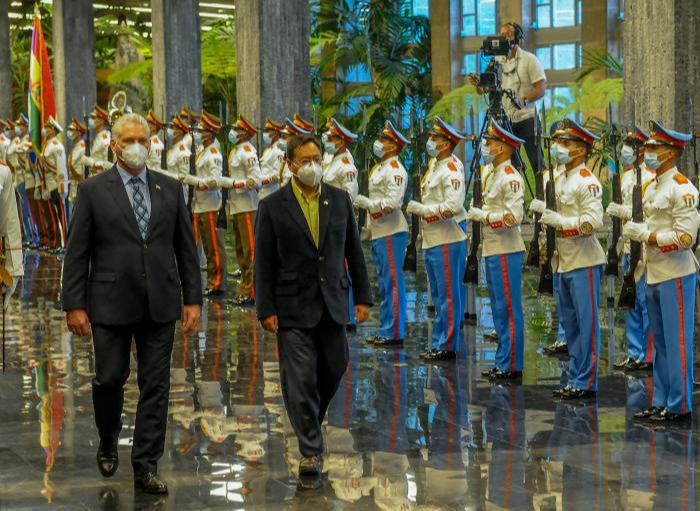 Havana, December 16 (RHC)-- The President of the Republic of Cuba, Miguel Díaz-Canel Bermúdez, held official talks on Wednesday with the President of the Plurinational State of Bolivia, Luis Alberto Arce Catacora, who made an official visit to the island, after participating in the 20th Summit of ALBA-TCP.

During the fraternal meeting, both presidents reaffirmed the bonds of friendship that unite their two peoples based on solidarity and mutual understanding. They also noted the excellent state of bilateral relations and expressed their willingness to continue raising political dialogue and promoting bilateral cooperation.

The Cuban President thanked Bolivia for its solidarity, recently expressed in the offer of donations, and the Andean nation's support for the struggle to end the illegal and unjust U.S. blockade.

For his part, the Bolivian President expressed his gratitude for visiting Cuba for the first time as President. He praised the development achieved by the island in the areas of health and biotechnology while thanking, on behalf of his people and government, the historic Cuban cooperation.
I

n the morning, the Bolivian President was received by Prime Minister Manuel Marrero Cruz and visited the Center for Genetic Engineering and Biotechnology. As part of his program, he also held a meeting with the President of the National Assembly of People's Power, comrade Esteban Lazo Hernández.