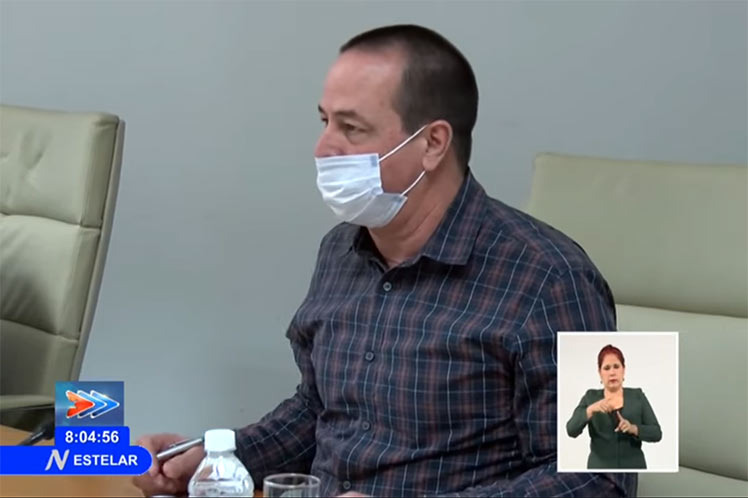 Havana, January 11 (RHC)-- Cuba updated the protocols for the preventive management of medication, treatment, and hospitalization,  given the advance of the Omicron variant of the Sars-Cov-2 virus, the cause of Covid-19.

According to a  television report, the government working group for the treatment and control of the disease analyzed the increase in the number of positive cases, amounting to 10,934 in the first week of January alone.

The Minister of Public Health, José Ángel Portal, emphasized that the average number of infections per day is 1,367, against 124 reported daily in December.

Also, this Tuesday took place the meeting of the country's leadership with experts and scientists. Doctor in Science Raul Guinovart warned about a new peak in February, which should decrease in March.

At the meeting, it was confirmed that, although the Delta variant continues to be detected in Cuba, the Omicron variant predominates.

Therefore, the new protocol established foresees the admission in health care units of children under two years of age, those with incomplete or non-immunized vaccination schedule, pediatric patients with risk factors, all pregnant and postpartum women, as well as unvaccinated patients and those who have a clinical condition that merits hospital attention.

Cuba's Prime Minister, Manuel Marrero, urged not to be overconfident, while other participants called for speeding up booster vaccinations and constant follow-up of diagnosed positive cases.