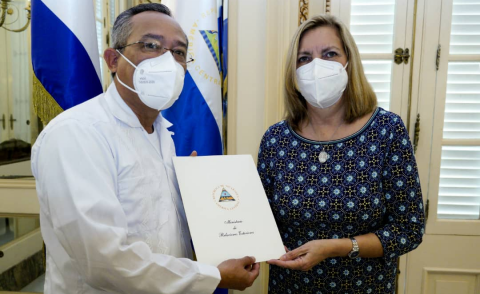 At the ceremony, the diplomat presented the Style Copies accrediting him as Ambassador appointed by his country to the government of the Republic of Cuba, according to a note published on the Cuban Foreign Ministry's website,

Hours earlier, Cuban President Miguel Díaz-Canel had returned from Nicaragua after participating in the inauguration ceremony of President Daniel Ortega, who won the November 7 elections.

The visit was an opportunity to continue deepening political dialogue at the highest level and expand ties between the two countries.