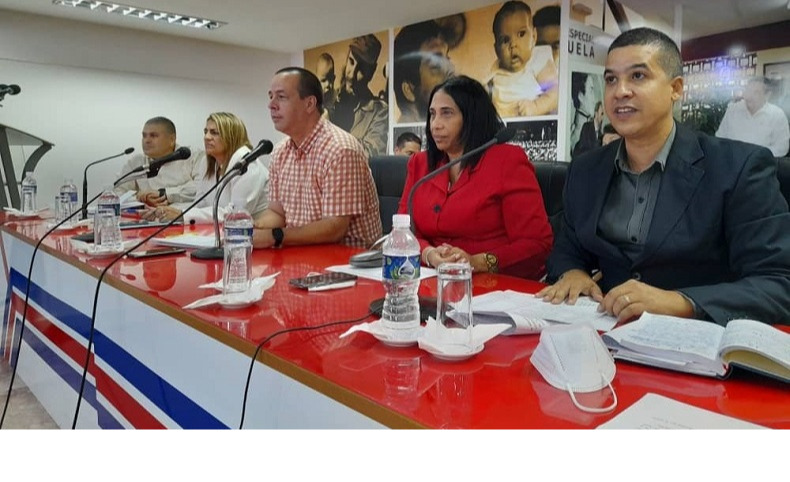 "You put Cuba's name and collaboration on high, you represent a country, a people and a sector that is a source of national pride," Portal told the heads of missions abroad attending the 20th Meeting of Medical Brigade Chiefs, which has been taking place since last Monday at the Central Unit for Medical Cooperation (UCCM).

He also highlighted the performance of the brigades during the two years of the COVID-19 pandemic and conveyed the recognition of the country's leadership, the Ministry of Public Health and the Central Unit for Medical Cooperation.

He pointed out that in the largest of the Antilles a hard work was carried out to control SARS-CoV-2, especially after the introduction of the beta and delta variants. He also recalled the actions taken by the government, the health system, the biopharmaceutical industry, students of Medicine and the population in general to confront it.

Portal Miranda highlighted the contribution of many collaborators who were on permanent missions and as well as the Henry Reeve Contingent, who went to the Cuban provinces with the worst epidemiological situation, brought the experiences from other countries and from there also saved lives.

When the history of COVID-19 is written, it will include the professionals of the sector who did so much for Cuba and for sister countries, he said.

The Minister of Public Health affirmed that despite the economic, commercial and financial blockade imposed by the United States, zintensified with 243 measures, alternatives are being sought to acquire the necessary resources, "because we have the political will to put the people's health first," he said.

Saving lives is the best example of what Cubans, and especially health workers, do, said the Minister, and insisted that collaborators and fundamentally mission chiefs should be characterized by example, humility, solidarity and leadership. (Source/ACN)