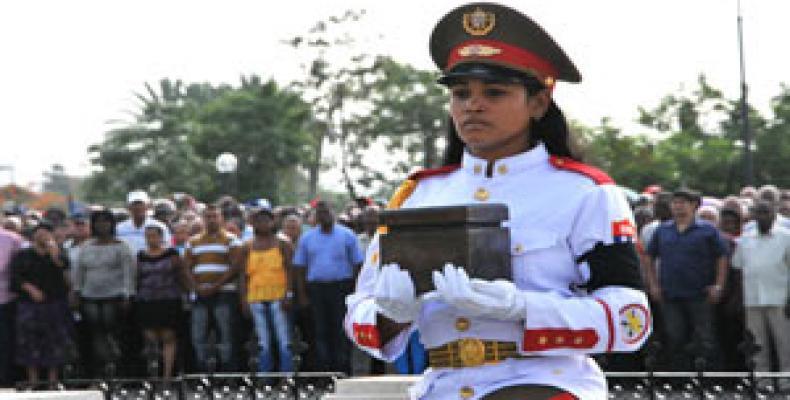 Santiago de Cuba, July 30 (RHC) – The mortal remains of Cuban heroine Melba Hernandez, one of the two women who participated in the 1953 attack on the Moncada Barracks, were laid to rest Tuesday at the Martyrs’ Mausoleum in eastern Santiago de Cuba.

Melba’s remains are now accompanying those of the revolutionaries who fell in the action on July 26, 1953, led by Fidel Castro, which ignited the definitive struggle for the freedom of Cuba.

The Cuban heroine passed away March 9th this year at the age of 92, while she left her legacy and much love and admiration among all Cubans given her patriotism and full commitment to the Cuban Revolution. She participated in the revolutionary struggle and in the construction of a new society after the victory in 1959.

In his remarks at the cemetery, Revolution Commander Ramiro Valdes, one of the participants in the 1953 action, highlighted the humanistic virtues and the revolutionary values of Melba Hernandez.

The ceremony, attended by people from Santiago de Cuba and government officials, included the laying of wreaths sent by Cuban Revolution leader Fidel Castro and by President Raul Castro, by Melba’s relatives and the people of Cuba.