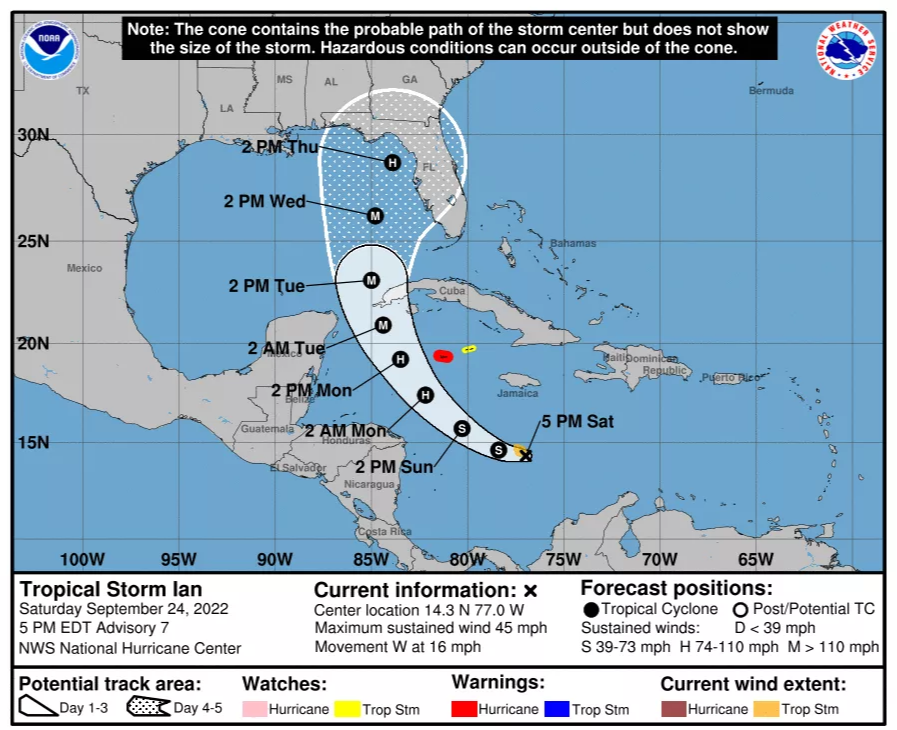 ​Tropical Storm Ian with danger for Cuba, Jamaica, and the Cayman Islands.

Havana, Sept 24 (RHC)-- The Institute of Meteorology reported on Saturday that Tropical Storm Ian slightly gained in organization and intensity. It is heading west in the central Caribbean Sea at 22 kilometers per hour, with the potential to affect Jamaica, the Cayman Islands, and Cuba.

Over the next 12 to 24 hours, the tropical storm will continue on a similar track and speed, angling west-northwest and northwest on Sunday, gaining more organization and intensity, with the possibility of reaching hurricane status late Sunday or overnight.

The Forecast Center of the Institute of Meteorology keeps a close watch on the evolution of this tropical cyclonic organism, due to the potential danger it represents for the western half of Cuba, given its position and forecast trajectory.

The next tropical cyclone warning for this system will be issued at noon today, Saturday (Source: National Forecast Center).