Díaz-Canel meets with Cubans in St. Vincent and the Grenadines 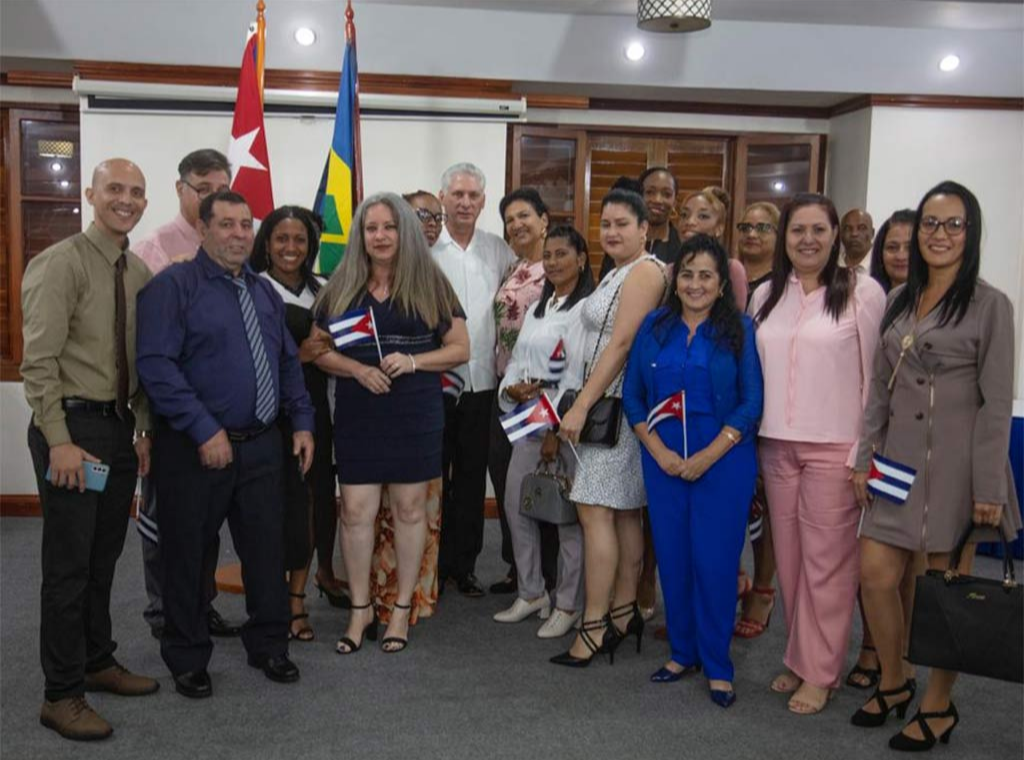 Kingstown, Dec 3 (RHC) President Miguel Díaz-Canel held a dialogue on Saturday with members of the Cuba Solidarity Movement, officials of the state mission, and Cubans living in St. Vincent and the Grenadines.

Through his Twitter account, the president described the meeting as emotional, in which aspects of the battle waged by the Island against the Covid-19 pandemic were discussed.

During the exchange, they also discussed Cuba's resistance despite the intensification of the blockade imposed by the United States, international solidarity, and the recent condemnation of the economic siege at the United Nations.

President Miguel Díaz-Canel began today an official visit to St. Vincent and the Grenadines, the first stop on his Caribbean tour, which also includes Grenada and Barbados. In the latter, he will participate in the VIII Cuba-CARICOM Summit to be held on December 6.

On this day, the Cuban leader held official talks with the Prime Minister of Saint Vincent and the Grenadines, Ralph Gonsalves, in which the willingness of both dignitaries to maintain the high level of political dialogue and continue strengthening the ties of friendship and cooperation was ratified.