At least 16 migrants feared dead in shipwreck off Libya 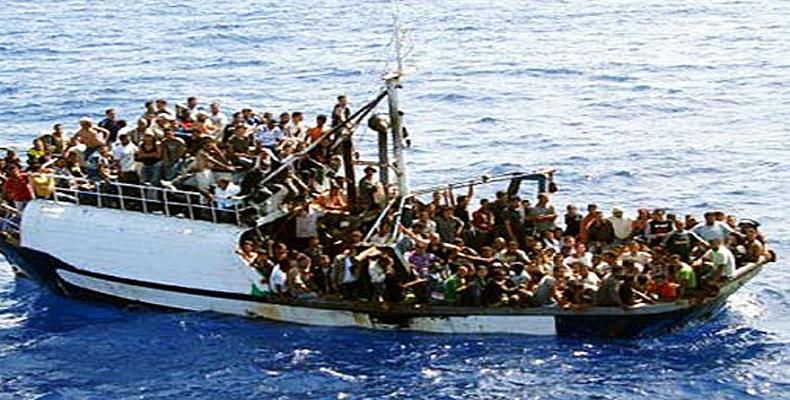 More than 620 people have drowned in the Mediterranean while trying to reach Europe from Africa so far this year.  (Photo: AP)

Tripoli, September 25 (RHC)-- Three people have died and 13 are feared drowned after a boat carrying refugees and migrants capsized off Libya’s coast, according to the International Organization for Migration (IOM), which added there were 22 survivors.

The dead include two Syrians and one man from Ghana.  The survivors – from Egypt, Bangladesh, Ethiopia, Niger, Somalia, Syria and Ghana – were rescued by fishing vessels in coordination with the Libyan coastguard and later transferred to the Zliten detention center, according to IOM spokeswoman Safa Msehli.  The Libyan coastguard said the death toll could rise as search teams scoured the area for more bodies.

This is the second shipwreck in one month. The IOM had reported 20 people’s death after their boat capsized off Libya’s coast on September 15.   Libya acts as a major gateway for migrants and refugees hoping to reach Europe.

There are more than 636,000 refugees and migrants currently in Libya, according to the IOM.  Fighting in the country endangers them as they wait to cross the sea across one of the deadliest migration routes in the world.

More than 620 people are feared to have drowned in the Mediterranean while trying to reach Europe from Africa’s shores this year – a dangerous sea journey that has killed at least 20,000 since 2014, according to data gathered by the IOM.