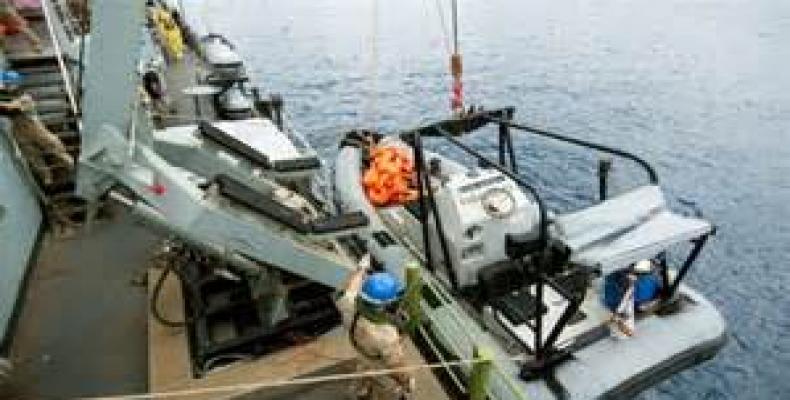 Tripoli, July 24 (RHC)-- The United Nations High Commissioner for Refugees (UNHCR) says at least 40 people are feared dead after their inflatable dinghy sank off the coast of troubled Libya as they were seeking to cross the Mediterranean Sea en route to southern Europe.

"My colleagues are interviewing the survivors... who arrived this afternoon in Augusta (Sicily), and they are talking of 35 to 40 people missing at sea," UNHCR's spokesman in Italy, Federico Fossi, said on Thursday of the tragic event that occurred the previous day.

The UN refugee agency stated that most of the victims hailed from Sub-Saharan African countries, including Somalia, Eritrea, Benin and Mali. International NGO, Save the Children, said women and children were among those missing.

According to a report published by the Italian-language daily La Republica, three dinghies set sail from the Libyan capital city of Tripoli, but one of them with 120 people on board sank.

Most of the migrants were rescued by a commercial boat cruising in the area. The German navy ship, Holstein, later brought a total of 283 people to safety. More than 1,900 people have reportedly died while trying to cross the Mediterranean to Europe so far this year.

The International Organization for Migration said earlier this month that around 150,000 people have managed to make the crossing. A great proportion of the migrants have arrived in Italy, Greece and Malta, whose leaders are calling on European Union partners to take more share of the burden.

European leaders clinched an agreement on an action plan to tackle the crisis during an emergency summit in April, after as many as 900 people were killed in the deadliest known shipwreck so far of Africans trying to reach Europe.