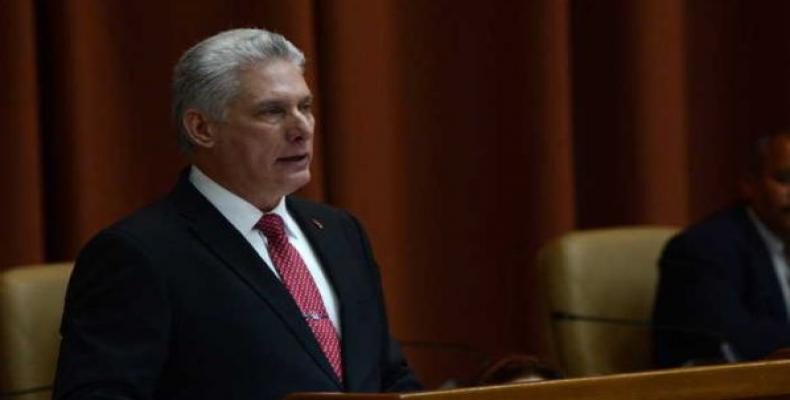 The Cuban people has a long tradition of struggle, the main one taking place on October 10th, 1868, at the La Demajagua sugar mill, when a group of Cuban patriots proclaimed the independence of the Island and began a protracted struggle against Spanish colonialism.

Carlos Manuel de Céspedes, gave his slaves their freedom, a step that put this nation on the road towards its real, final independence, which would bear fruit on the first of January, 1959, when the Revolution led by Fidel Castro proclaimed the final and definite liberation of this nation.

The Cuban Republic proclaimed last century by the anti-colonial rebels was the founding stone of the dedication, principled action and true democracy that keynoted the Cuban Revolution, a synthesis of the humanistic, social oriented and patriotic principles that were rooted in the thoughts and actions of the patriots that led that saga against colonialism.

As of that moment, those principles became anchored in the Cuban nation's National Assembly of today, a body that represents and expresses the wishes and hopes of the people of Cuba as a whole.

And it was on October ten, two thousand and nineteen, just as it was many years ago, at a historic session of its elected Representatives, that the People of Cuba selected its Parliamentary and Government representatives.

As of this October ten, the President and Vice President of this Caribbean nation began their first mandate, of the two allowed them consecutively by the nation's Constitution.

The delegates elected Esteban Lazo as Chairman of the National Assembly and Ana Maria Mari Machado as Vice pesident.

The Assembly also elected by secret voting the President of Cuba, an honor again bestowed upon Miguel Diaz Canel, a result greeted by a standing ovation.

Cuba is implementing profound changes aimed at perfecting to the utmost its political and governing system, based on the most democratic basis, decided by the people of this country.