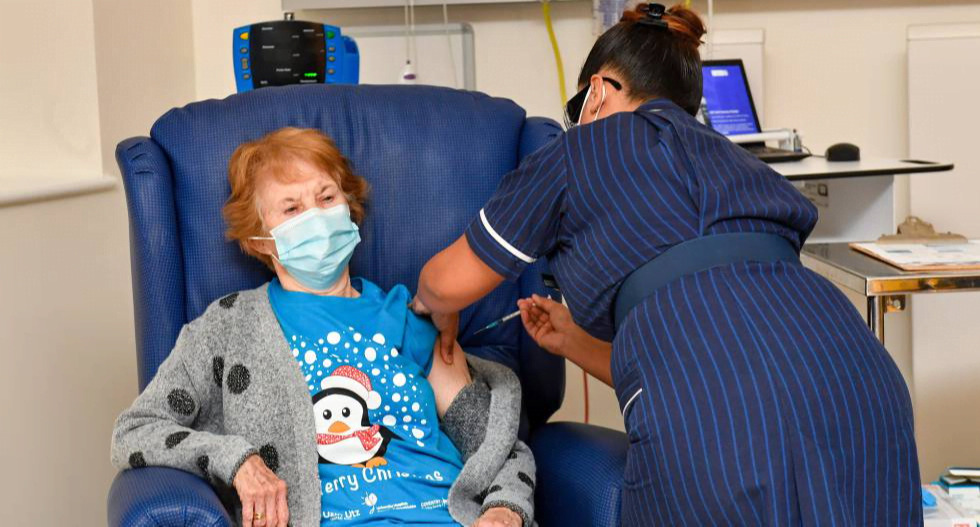 Nearly 40 million people had been inoculated against COVID-19.

According to official records as of yesterday, nearly 40 million people had been inoculated against COVID-19, but most of these recipients live in developed countries with high levels of income.

The World Health Organization, the WHO, and other entities and personalities have advocated for a fairer distribution of these vaccines, so that they can be administered at the same time in different parts of the planet.

However, Mexican President Andres Manuel Lopez Obrador provided a praiseworthy response to this matter when he openly expressed his willingness to share with poorer nations a portion of the immunizers purchased from the pharmaceutical corporation Pfizer.

Although Mexico has a tough situation amid the pandemic -- with 1.64 million infections and 141 000 fatalities -- he followed the principle of cooperation with impoverished countries.

Nevertheless, the first weeks of the vaccination process has shown that it is not enough to count only with the necessary doses to reach most of the population.

There is a considerable effort in terms of logistics and structure that that goes far beyond the mere presence of the vaccinator and the vaccinated.  It’s required a specialized training in the use and administration of these products, not only to avoid losses, but also to keep strict records of the process.

Not all preparations require conditions like Pfizer's, which must be stored at a temperature of 70 degrees below zero with unusual equipment, but neither is there one vaccine that can be kept at room temperature.

Storing and transporting vaccines under these conditions is a serious problem in places where there is no adequate infrastructure.  Add to this the number of syringes and other inputs needed for inoculation, which may seem irrelevant until you multiply it by the millions of people who need to be immunized.

Within this context, the other dilemma is whether pharmaceutical companies will be able to meet to the global demand.  So far, Pfizer has been slow to supply countries that have purchased in advance, for example, in New York and Berlin, the mass vaccination centers could not open as scheduled.

These are global challenges that require global responses and efforts, unless major powers are willing to move forward with only half the world’s population.