A year with Biden 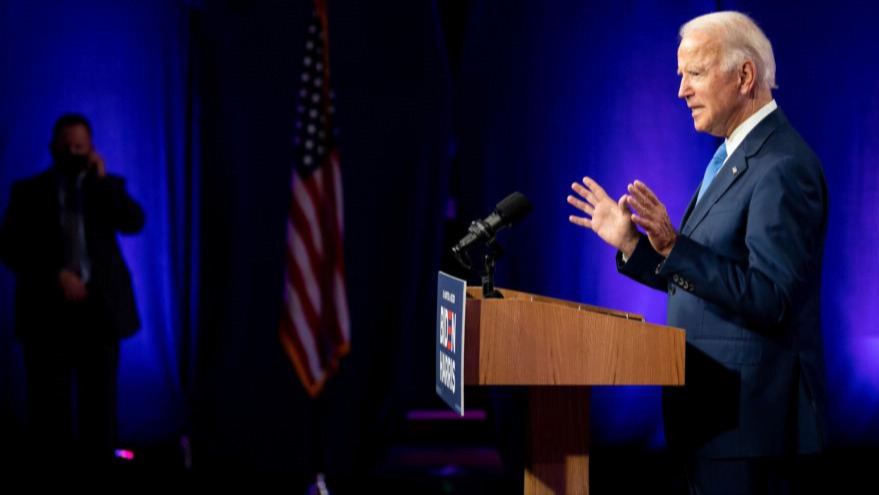 The president of the United States, Joseph Biden, completed this January 20 a year of being in the White House without fundamentally responding to the enormous expectations aroused by his election, both inside and outside the main economic and military power of the moment.

It is undoubtedly very important that Donald Trump is not in the limelight, but the political and social disturbances unleashed by his controversial way of being are still present, especially in the fears of an alleged soft coup whose first act could occur in the legislative elections of 2022.

Not all the balance of Biden's work is negative, but it is striking that the ruler elected with the highest number of votes in the last decades, has twelve months later one of the lowest popularity indexes.

It is true that he kept his promise to return his country to the international community, as happened with the Paris Agreements on Climate Change, but this did not prevent the Glasgow Summit from being a failure.

Criticism for the way in which he pulled his army out of Afghanistan and left that population in the hands of the Taliban, precisely the one that the United States went to expel 20 years earlier, is still ringing out.

Nor has any progress been made so far on the Nuclear Agreement with Iran.

Biden got on the horse of the cold war and has the world on edge with his threats against Russia, which are heading towards a conflict that could have nuclear status and be the last one for our entire species.

No less worrying are the constant sanctions against China, which are little different from those adopted during the Trump administration.

In the area of immigration, the construction of the wall of shame on the border with Mexico was halted, but a comprehensive immigration reform is far from being implemented, and the announced plans for economic and social development in the main countries of origin of undocumented immigrants have remained in ink. Vice President Kamala Harris, who is in charge of these issues, has played an anodyne role.

On the first day of her administration, Biden proposed a project to grant citizenship within 8 years to 11 million people living in the country without legal status. One year later, this plan is still waiting in the drawers of the House of Representatives and the Senate.

The peoples of Cuba, Nicaragua and Venezuela have not had a chance to forget Trump's aggressiveness, because Biden keeps it intact or increases it.

The U.S. economy is improving, but it is not taking off; COVID-19 killed more people during the current administration than in the previous one; there is less unemployment, but the differences between the richest and the poorest are the largest in a century. Reality is unforgiving for Mr. Biden's balance sheet.