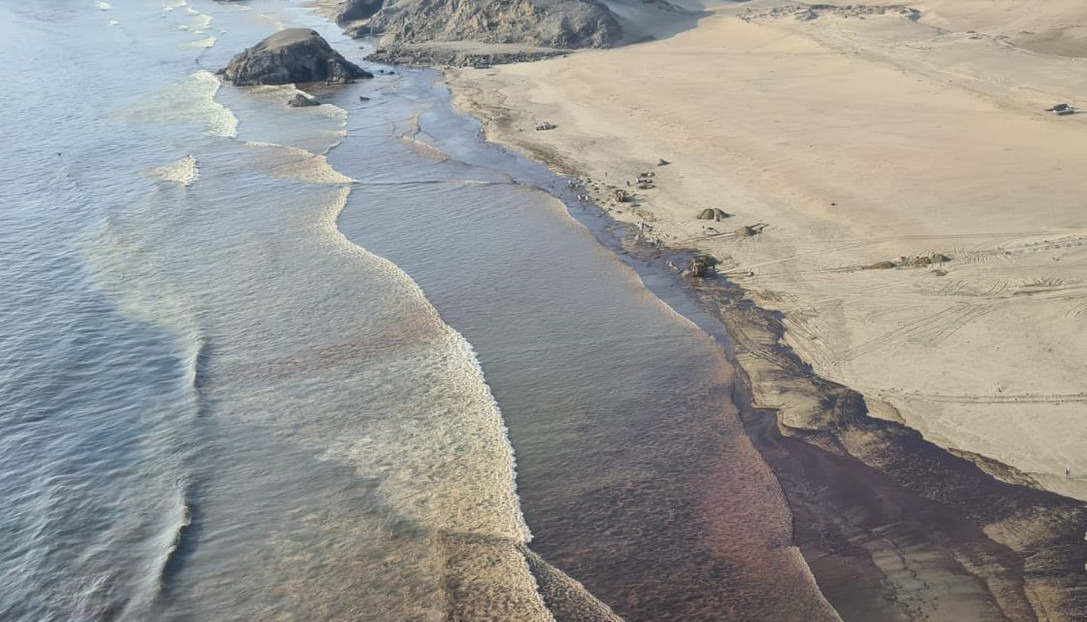 Every day there are growing calls for the Spanish multinational Repsol to assume its responsibility for the spill of six thousand barrels of oil on the coast of the district of Ventanilla, province of El Callao, in Peru, which today is experiencing its worst ecological disaster in recent times.

Every day there are growing calls for the Spanish multinational Repsol to assume its responsibility for the spill of six thousand barrels of oil on the coast of the district of Ventanilla, province of El Callao, in Peru, which today is experiencing its worst ecological disaster in recent times.

The spill originated at the La Pampilla refinery, owned by the petrochemical company, which from the beginning has tried to evade its obligations. Repsol took many hours to notify the Peruvian authorities of what happened, which it blamed on an abnormal swell, a consequence of the eruption of an underwater volcano in Tonga.

The company, which is trying to blame the Navy for not giving a warning, also lied at first about the magnitude of the spill. The figure given at the beginning was derisory, about seven gallons, but the reality showed the seriousness of the event, which has left fishermen and traders in the area without a livelihood due to the serious damage to the environment.

In a last balance, the Peruvian Ministry of the Environment pointed out that more than 180 hectares of beaches and 713 hectares of sea surface have been affected.

The statements of the Spanish multinational have also been denied by sportsmen who were participating in a boat competition in the neighboring Port of Callao, who stated that at the time of the spill there was no abnormal swell, and that they heard loud noises, such as explosions.

The company's response has not been as expected in the face of an event of such magnitude, which many point out has evidenced Repsol's level of irresponsibility and incompetence.

This is not the first time that multinationals have caused considerable damage to human health and the environment in the places where they operate. The case of Chevron-Texaco, guilty of a humanitarian and environmental disaster in the Ecuadorian Amazon, is well known. The oil company operated in the South American country from 1964 to 1992, contaminating land and water.

Its irresponsible actions caused health problems in the inhabitants of the area, who saw an increase in cancer rates, reproductive problems and birth defects.

More than a decade ago, the explosion of a British Petroleum platform in the Gulf of Mexico caused the spill of almost 800 million barrels of crude oil, as well as gas and oil, which caused the death or injury of billions of animals.

And more recently in 2019 in Brumadinho, in the Brazilian state of Minas Gerais, the rupture of a dam containing toxic waste, belonging to the transnational mining company VALE, left dozens dead and hundreds missing, while causing the contamination of the area.

The truth is that there are plenty of examples of the damage caused to man and biodiversity by the irresponsible actions of large companies around the world, which hide behind legal trickery to ensure their profits and guarantee their impunity in the face of human rights violations.