14-year-old Gulf of Mexico oil spill among the worst in U.S. history 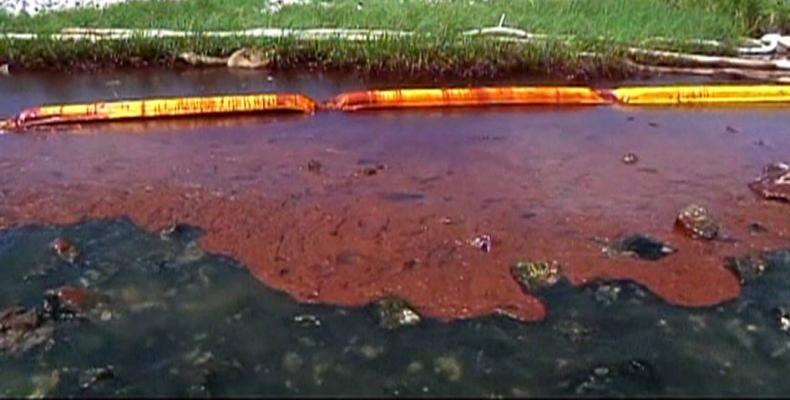 Washington, November 26 (RHC)-- In environmental news, the Washington Post reports that a 14 year-long oil spill off the Gulf of Mexico is set to become one of the worst offshore disasters in U.S. history.  The leak is releasing between 300 and 700 barrels of oil per day off the coast of Louisiana with no end in sight.

The spill started after a mudslide caused by Hurricane Ivan in 2004 sank an oil platform, owned by Taylor Energy.  The company kept the spill a secret for six years until environmental groups discovered it while monitoring the 2010 BP Deepwater Horizon oil spill just a few miles away.

Earlier this year, the Donald Trump administration proposed the largest expansion of leases for oil and gas exploration in history, which would open most of the outer continental shelf to offshore drilling.