Decades of work on behalf of women 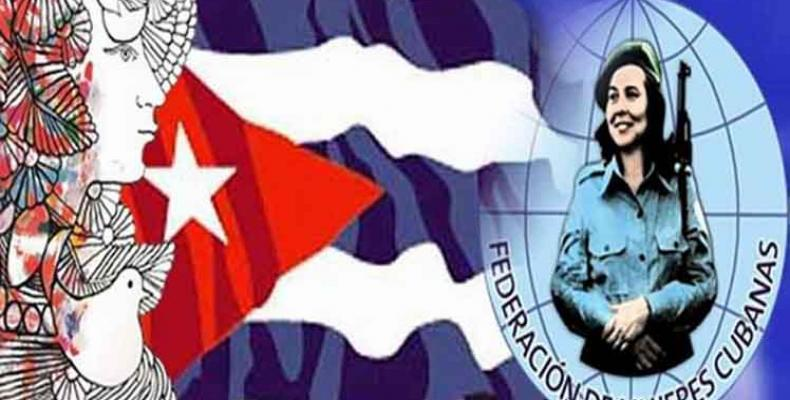 Sixty-two years ago, the Federation of Cuban Women (FMC) was founded, which for more than six decades has developed an arduous work in favor of the empowerment of this sector of the population and their total reinsertion into society.

Sixty-two years ago, the Federation of Cuban Women (FMC) was founded, which for more than six decades has developed an arduous work in favor of the empowerment of this sector of the population and their total reinsertion into society.

The work of this organization, together with the inclusion policies implemented after the revolutionary triumph, have made it possible for women to occupy a prominent place in society today.

Its president from its constitution until her death in 2007, the Heroine of the Revolution, Vilma Espin, conferred her firmness, strength to fight in favor of women and her unwavering loyalty to the revolutionary process.

The organization's support to the health programs developed in the country has been decisive, among them the prevention of teenage pregnancy, medical check-ups for the early detection of cervical cancer and vaccination campaigns.

With the creation of the Women's and Family Guidance Centers, the FMC has not only given priority to the health of women, but also to their incorporation into social life, with training courses in computer skills, hairdressing, cutting and sewing, among others.

Under the guidance of Vilma Espin, the organization achieved the creation of children's circles, known as nurseries in other countries. This made it possible for women with children to integrate into work and the multiple study options made available to all by the revolution.

It has been years of educating to break old taboos and macho manifestations, and although there is still a long way to go, today women have a leading presence in all economic and social sectors of the country.

In the field of health, for example, their actions are highly praiseworthy. In fact, about 88% of the nursing staff, 66% of the physicians are women and more than 77% of the innovations and clinical trials in the archipelago are led by this segment of the population.

Likewise, more than 3,500 female members of the Henry Reeve Medical Brigades have been fighting COVID 19 in the world since March 2020.

Equally important is the participation of the FMC in the development programs that are carried out in the different communities of the country, to which they contribute their enthusiasm and creative spirit.

Thanks to the tireless work of this organization and the social justice project launched in January 1959, today united women can, as expressed by the historic leader of the revolution Fidel Castro, "help the Homeland in any circumstance".