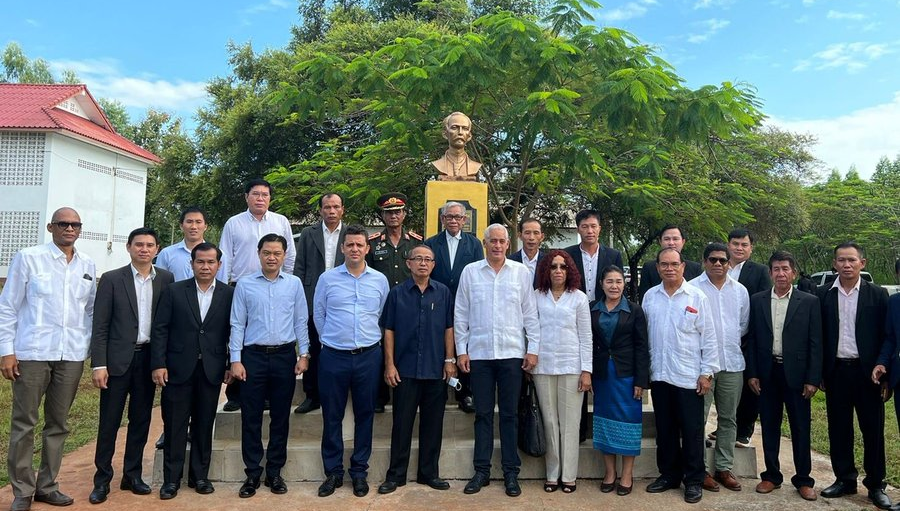 The United States has failed in its attempts to isolate Cuba. The Caribbean nation has forged, over time, close ties of friendship and cooperation with countries of all latitudes, regardless of geographical distance, language and cultural differences.

That is the case of Vietnam, Cambodia and Laos, peoples with whom we are united by a broad solidarity, common interests and the desire to work for the welfare of citizens.

Hence, joining forces to develop new joint projects is a commitment of the authorities of Cuba and those states of the Indochinese Peninsula, which have always accompanied the Cuban people in their struggle for the lifting of the U.S. blockade.

The recent tour of these three countries by Cuba's First Deputy Minister of Foreign Affairs, Gerardo Peñalver, has been an opportunity to learn about the existing potentialities for the execution of plans in other areas, not yet fully explored, and which can be of mutual benefit, taking into account successful experiences.

For example, there is already a Vietnamese advisory program for the cultivation of rice and corn in Cuban territory, as well as in aquaculture.

Likewise, Cuba is present in four projects in Vietnam, while the Asian nation has investments in the Mariel Special Development Zone, west of Havana.

Medical collaboration and human resources training has been one of the fundamental pillars of the relationship with Cambodia.

Young people from Laos have also studied in the Cuban archipelago and have returned to their country as doctors, architects, engineers and Spanish translators, among others.

During the two years of the Covid-19 pandemic, these nations supported each other. The Cuban people received donations of food and medical supplies, while Havana made its anti-Covid vaccines available to the Asian nations.

The collaboration has ample possibilities of being further consolidated through ASEAN, the Association of Southeast Asian Nations, of which Vietnam, Cambodia and Laos are members.

In November 2020, Cuba became the first Caribbean state to participate in the Treaty of Amity and Cooperation in Southeast Asia.

During the tour of the First Deputy Minister of Foreign Affairs, it was possible to confirm the existing potentialities and the interest in developing historic relations in new spheres, which will undoubtedly receive a boost with the visit to those countries of Cuban Prime Minister Manuel Marrero, scheduled for the end of this month.