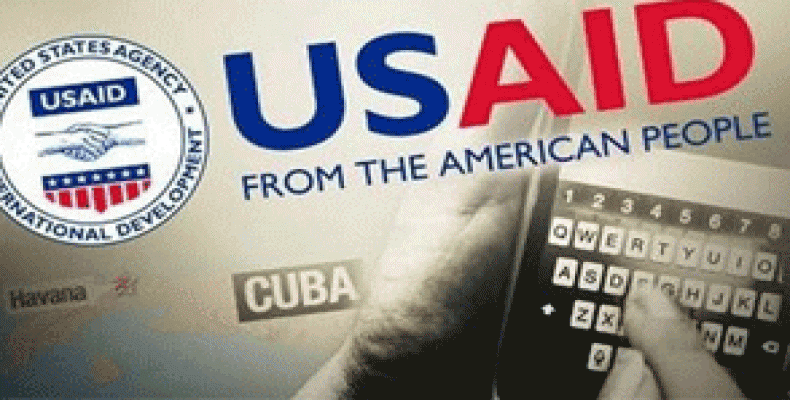 Talking about USAID, an agency of the U.S. Department of State

To speak of USAID, an agency of the U.S. State Department, is to refer to a whole history of actions to subvert the constitutional order in sovereign and independent nations. We are even talking about coups d'état.

The misnamed U.S. Agency for International Development manages millions of dollars to create destabilizing situations in these countries that defy Washington's dictates and choose their own path.

Latin America is well acquainted with the stratagems of this instrument of U.S. imperialist penetration. Under the pretext of supposed humanitarian aid, USAID hides its interventionist and colonizing plans.

Cuba has always been in the sights of this well-known entity. Millions of dollars have been allocated to provoke chaos in our country and to develop discrediting campaigns.

Recognized by governments, peoples and international organizations, Cuban medical aid is at the center of USAID's attacks. Now it has turned its attention to the brigade that is in Mexico, at the request of the government presided by Andrés Manuel López Obrador.

In collusion with Mexican legislators of the PAN, National Action Party, USAID has woven a whole web of lies around the work of health professionals in Mexican territory.

Legislator Julen Rentería, who heads the anti-Cuban crusade, has close ties with Cuban-born terrorist Orlando Gutiérrez Boronot, leader of Directorio Democrático, the voice of the #SOSCuba campaign against the Caribbean nation's healthcare system.

The campaign has been denounced by political analyst Katu Arkonada, who pointed out that one of its axes is the allegedly unnecessary presence of Cuban health workers in Mexico.

Precisely, the hiring of professionals from the largest of the Antilles seeks to counteract the deficit of specialists in public health centers, mainly in rural areas of the country, as local authorities have emphasized.

Let's remember that the Mexican government opened a call to fill nearly 14,000 vacant positions for doctors, but until mid-July last year, only a little more than 2,600 had been hired.

President López Obrador had already referred to these attacks against Cuban medical aid and claimed those responsible for opposing the right of the people.

Cuban medical aid has been the object of constant campaigns, but what is really true is the gratitude of countless humble people and countries that have seen their health indexes improve thanks to the support of Cuban professionals.