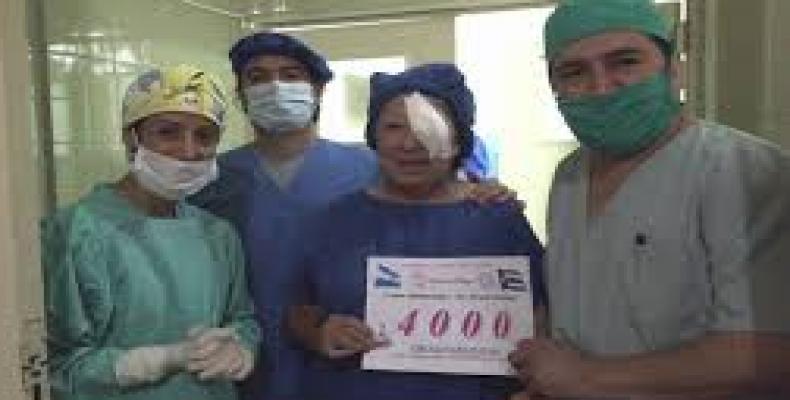 Havana, May 16 (RHC)-- Cuban President Miguel Diaz-Canel has flatly rejected the Organization of American States’ latest attempt to tarnish Cuba´s reputation, by spreading lies about the medical assistance the island provides to nations around the world.

“Once again the empire's lies are trying to discredit Cuba's health cooperation programs with other countries, labelling them as "modern slavery" and "human trafficking” practices. They are upset about Cuba's solidarity and example,” tweeted Diaz Canel.

The Cuban leader also recalled that more than 600 000 Cubans have provided medical services in over 160 countries in the last 55 years, and that the island has trained 35 613 health professionals, free of charge, from 138 countries.   “The US is looking to reestablish the brain drain program targeting Cuban doctors."
In a press conference hosted by the OAS General Secretariat held in the organization´s Headquarters in Washington D.C., it was said that thousands of Cuban medical personnel are forced to serve in medical missions abroad, under conditions of slavery for the economic benefit of the Cuban government.

In a recent interview with Cuban media, Minister of Health, Jose Angel Portal, said that the money received from those medical services does not go to any personal account or serve individual interests.

“On the contrary, its purpose is to finance the universal and free healthcare available to all Cuban citizens and it is also used for an island-wide program for the maintenance, refurbishing and investments on medical facilities in all provinces,” the minister said.

The accusations made in Washington were reportedly based on complaints filed to different international for including the International Criminal Court, among others.