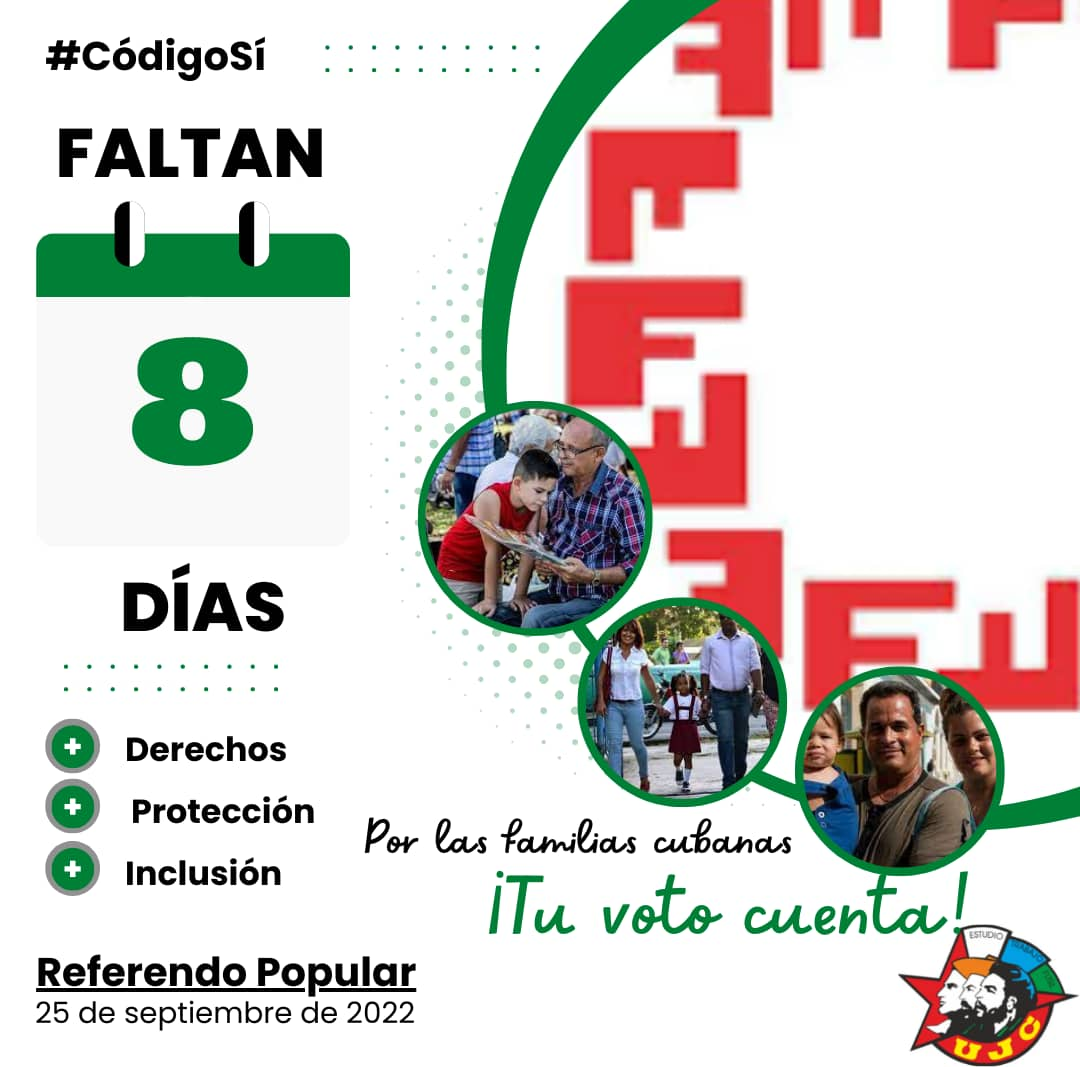 On Sunday, September 25th, the popular referendum will be held on the new Family Code.  But before that, specifically this Sunday, the 18th, Cubans serving missions in other nations will be able to vote on this important document -- a reflection of today's society and of high human content.

In order to guarantee the proper development of the day, a dynamic test was carried out on the past 11th in the 123 electoral districts abroad.

Likewise, consular officials have been duly trained for this new exercise of participatory democracy, which was preceded by a broad popular consultation.

In fact, 1,159 meetings were held abroad, in which the participants were able to express their concerns, opinions and suggestions, which were subsequently studied by the drafting commission of the text.

At the same time of the voting abroad, a dynamic test will take place throughout the national territory to finalize the details for September 25, when the Cuban people, by means of free, direct and secret suffrage, will pronounce themselves on the new Family Code.

On this day, among other aspects, the processing of information at different levels, from polling stations to municipalities, provinces and the National Electoral Council, will be tested.

More than 200 thousand people have already been trained for the process of the coming 25th, for which more than 24 thousand polling stations will be set up.

This figure includes the creation of special polling stations in the municipalities, which are those established in hospitals, airports, bus terminals, among other places.

Approved last July by the National Assembly of People's Power, the 25th version to be submitted to Cubans for their consideration is synonymous with inclusion, protection of rights and equality, which does not regulate rigid or pre-established family models.

Cuba is preparing for the popular referendum on this important document, described by authorities and specialists as the code that Cuban families deserve.