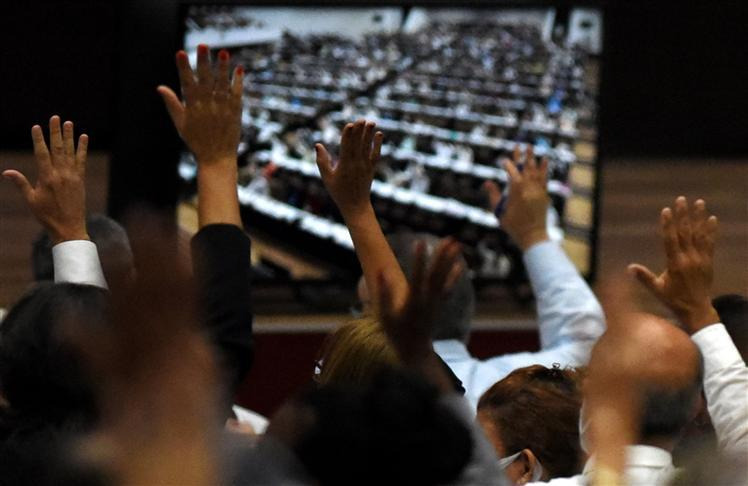 Havana, July 22 (RHC)-- Deputies of the  National Assembly of People's Power described as symbolic and historical the approval this Friday of the last version of the Family Code that will be submitted to the approval of the Cuban people.

Legislators gave the green light to the 25th version of the bill after an intense and enriching consultation process with widespread participation, which included the contribution of legislators, experts, academics, and the population in general.

In presenting the bill to the deputies at the Ninth Regular session of Parliament in its Ninth Legislature, Oscar Silvera Martínez, Minister of Justice, described the text's virtue and highlighted how transcendental decisions for people in Cuba's lives are built based on the will of the masses.

As mandated by the 2019 Constitution, the bill will now be submitted to a national binding referendum.

Homero Acosta, Secretary of the Council of State, announced that the consultation will take place on Sunday, September 25, 2022.

Are you in agreement with the Family Code? will be the question posed in the referendum.

The National Electoral Council will be responsible for the consultation's organization, conduction, and supervision.

The bill, said Acosta, will become law if it receives the affirmative vote of more than 50% of the valid ballots.

This is the first time in Cuban constitutional history that a legislative referendum will be held.