The affluents of the recovery 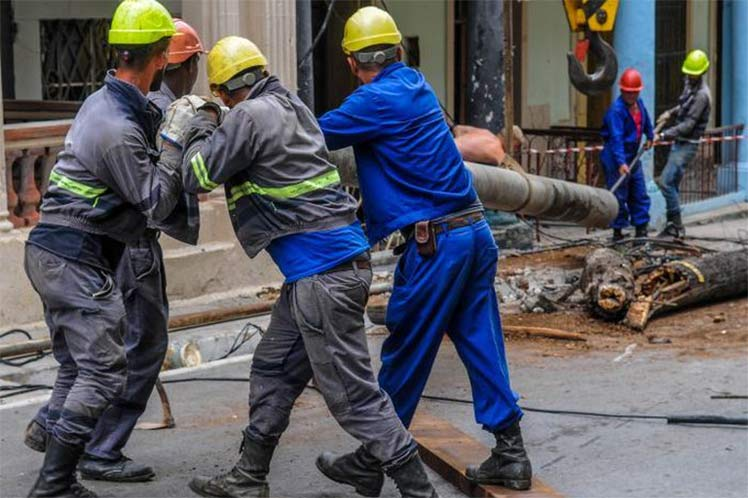 The affluents of the recovery

Residents of the Cuban province of Pinar del Rio, with the support of the rest of the country, are working in three huge tributaries to recover from the devastating hurricane Ian, a phenomenon that devastated the western end of the archipelago.

Residents and specialized personnel from all over the country are working tirelessly to restore sensitive areas such as agriculture, housing and electricity.

Although just over 90 percent of customers in the western province already have electricity service, more than a month after the hurricane's landfall, this indicator is still much lower in some municipalities.

This is due to the magnitude of the destruction of the basic infrastructure caused by the strong winds.

An intense hustle and bustle is also being carried out by the people of Pinar del Río and forces from other provinces to first of all replace the roofs totally or partially affected and to return shelter to the victims.

Thousands of Pinar del Río residents remain evacuated in State facilities or in the homes of relatives, because their homes were completely destroyed, with the loss in many cases of all or part of their property.

For the latter, modest housing modules are planned.

It should be noted that the meteorological phenomenon damaged half of the houses in Pinar del Río, that is to say, more than 100,000, so it was essential to attend to the needs of the victims in an organized manner.

Agriculture also requires resources, where there are signs of recovery after the meteorological phenomenon, even though the damages were huge.

Farmers, cooperative members and agricultural workers are working on new crops, such as bananas, to increase the availability of food in the shortest possible time.

The repair of poultry and swine farms is progressing more slowly, while in the urban organoponics almost 7,000 of the 8,000 affected flower beds have already been replaced.

It should not be forgotten that those who work in various economic and social objectives in many cases suffered damage to their homes and experienced or are still suffering from power outages.

Overcoming anguish, joining compatriots from other provinces and assimilating solidarity donations from other regions and even from friendly countries, are actions of the people of Pinar del Río, knowing that they have not been left helpless, although the recovery will be long and arduous.