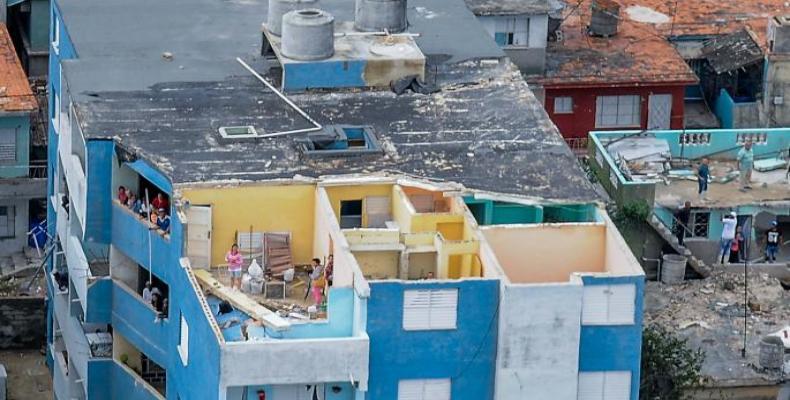 Havana, February 11 (RHC)-- The Cuban capital is advancing in the process of recovery of vital systems and reconstruction after the impact of the strong tornado of January 27th, according to the National Civil Defense Staff.   The head of Civil Defense, Division General Ramón Pardo said during a follow-up meeting to the response to the damages caused by the tornado that basic services have been recovered almost in their totality, while the organization of reconstruction has improved, according to a summary of the meeting published in Granma newspaper.

Pardo, at the meeting headed by President Miguel Díaz-Canel, urged for improvement in the work of the offices of procedures and the points of sale of construction materials, as well as to continue attending the hygienic-sanitary conditions of the premises where people are being sheltered.

For several days, the issue of housing has been a priority in the recovery from the tornado, after more than 7,400 damaged were identified in the housing infrastructure of the hardest hit municipalities of Regla, Guanabacoa and Diez de Octubre.

According to the Minister of Construction, René Mesa, more than two thousand victims have received construction materials and 564 cases have already been resolved.  He highlighted the work of the activated brigades for the rehabilitation of the houses, a process in which affected families participate.

On the subject of housing, hundreds of them collapsed totally or partially by the tornado, the first secretary of the Communist Party in the capital, Luis Antonio Torres, stated that the focus was on the people who suffered the most damage.

For its part, the Minister of Finance and Prices, Meisi Bolaños, commented that progress is being made in the processing of obtaining construction materials, although specific difficulties persist in certain areas.

Bolaños said that 174 subsidies had been granted to date, 312 bank loans and that most people have decided to pay in cash, which is influenced by the 50 percent reduction in the prices of construction materials.