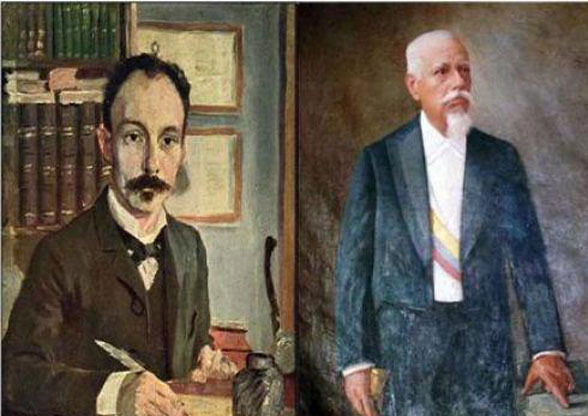 This year, the COVID-19 pandemic will make it impossible to carry out the celebration of the traditional March of Torches held every January 27th and attended by tens of thousands of students, as well as the top leaders of the Revolution.  The annual march starts at the University of Havana and ends at the Fragua Martiana, a landmark where José Martí suffered unjust and cruel imprisonment as a teenager.

This January 27th, on the eve of José Martí's birth in Havana, the March of Torches will take over the social networks to recall the forced labor carried out in 1871, in the old quarry, by the young Marti, whom the Spanish colonial authorities sentenced to six years in prison for his pro-independence ideas.

But January 28th also has a high significance for the people of Ecuador, because on that day, in 1912, General Eloy Alfaro, considered the greatest Ecuadorian president of all times, was assassinated in Quito. Alfaro's murder is detailed by the Ecuadorian historian Alfredo Pareja Diezcanseco in his work entitled "La Hoguera Bárbara."

Thus, the Apostle of the Cuban independence and the Ecuadorian Old Fighter converge in one point of history. They had met in New York City on October 24, 1890, and Jose Marti wrote about this meeting that Alfaro was "one of the few men of creation in the Americas."

Eloy Alfaro was the only president in the region who, on December 19, 1895, seven months after the heroic death of José Martí in Dos Ríos, wrote to the Queen Regent of Spain, from the city of Guayaquil, to demand the liberation of Cuba.

And right from the battlefield of the first war of independence, General Antonio Maceo, known as the Bronze Titan, sent a letter to Eloy Alfaro to thank him for his unconditional support to the Cuban revolution, as Alfaro also tried to contribute weapons and combatants to the Cuban struggle.

José Martí's work in exile was essential to bring together both old and new generation fighters, as well as to consolidate in 1895 the beginning of the just, necessary and brief war that would put an end to the Spanish colonial domination in the island.  It was undertaken despite being difficult to achieve due to the resistance of colonial authorities and the annexation threat of Washington.

Just a few hours before his death in combat, José Martí wrote to his dear Mexican friend Manuel Mercado. This letter is considered by many as the political testament of Cuba's National Hero.

"I am in daily danger of giving my life for my country and my duty, for I understand that duty and have the courage to carry it out.  The duty of preventing the United States from spreading through the Antilles as Cuba gains its independence, and from overpowering with that additional strength our lands of the Americas.”
And, in his unfinished letter, Marti continued: "All I have done so far, and all I will do, is for this purpose.  I have had to work quietly and somewhat indirectly, because to achieve certain objectives, they must be kept under cover; to proclaim them for what they are would raise such difficulties that the objectives could not be attained."

José Martí, who lived for more than fifteen years in the United States and warned the peoples of Our America about the voracity of the rising empire, told Manuel Mercado that it was his obligation "keeping Cuba from becoming, through an annexation accomplished by those imperialists and the Spaniards, the doorway -- which must be blocked and which, with our blood, we are blocking -- to the annexation of the peoples of Our America by the turbulent and brutal North that holds them in contempt."

In this letter also contains the famous quote of the Cuban Apostle: "I lived in the monster and I know its entrails; and my sling is the sling of David."  The text that accompanied the image of Marti taken from a work of the great Ecuadorian painter Oswaldo Guayasamin is found on the pocket calendar of Radio Havana Cuba, on the 160th anniversary of Jose Marti’s birth in Havana.

The Cuban National hero fought fiercely against annexationist and autonomist trends; he revived the pulsing desire of Cubans for independence, founded a political party and a newspaper called “Patria". In this letter, he consciously noted that he could physically disappear but his ideas would linger forever.

José Martí's literary, journalistic and poetic work is fascinating.  Likewise, his contributions to the teaching process, the environment and diplomacy are vast.  Just as relevant are his observations regarding health, sports, the sciences, and the equality of human beings.  There are few people like him who demonstrated such passion for the history and culture of our continent.  Even though he died at the early age of 42, he left an extensive legacy.  We can find brilliant chronicles about the crude reality of the United States in his works, as well as the vileness and ambition of its politicians, but also, the heroism and greatness of Simón Bolívar -- “the Liberator” -- and other heroes of our continent.

This is why, Fidel Castro proclaimed in his self defense as a lawyer, in the centenary of Marti’s birth, that the historic ssault on the Moncada Barracks, on July 26, 1953, was inspirted by José Martí.

He is and will always be a true paradigm in the struggle of the peoples of Our America for their definitive independence.  He’s has a special place in the hearts and minds of Cubans who love their homeland and defend the achievements of the Revolution.  José Martí is a clear example of his own words: "Death is not real, if life’s duty has been honored."

Jose Marti's political and ideological legacy lives on in the daily practice of an entire nation, and in the philosophy of a government and a Party that make these principles their own, which they fully preserve, so that the doctrine of Cuba's National Hero never disappears.

On the other hand, the work and ideals of Eloy Alfaro inspire today in Ecuador those who give continuity to the beliefs of the Old Fighter, who struggle to restore the morale of that brother nation, regain the country's sovereignty and re-integrate Ecuador to the group of progressive nations of the region.

Alfaro and Martí remain together in history this January 28, 2021, when Cubans celebrate the 168th birth anniversary of the Apostle, and Ecuadorians evoke the 109th anniversary of the Old Figther’s cruel murder to rescue his radical ideology so that dignity always prevails.