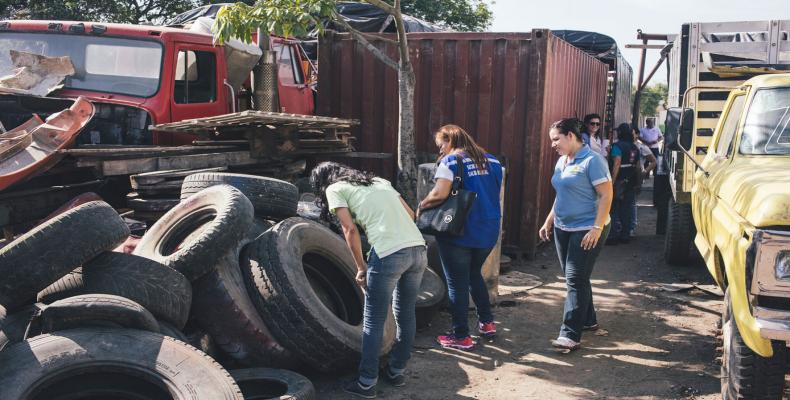 Havana, August 26 (RHC) - The Pan American Health Organization (PAHO) warns of the complex situation of dengue in Latin America and the Caribbean, a region that is currently experiencing a new epidemic cycle of the disease after two years of low incidence.

According to the latest PAHO epidemiological update, published on August 9, during the first 7 months of 2019, more than 2 million people contracted the disease and 723 died. The number of cases exceeds the total number of cases reported in 2017 and 2018, although so far, it remains lower than the number recorded in 2015-2016.

“The Region is experiencing a new epidemic cycle of dengue, with a notable increase in cases,” said Dr. Marcos Espinal, Director of PAHO’s Department of Communicable Diseases and Environmental Determinants of Health. The climate, environmental management and the mosquito’s capacity to adapt may have caused the situation to increase in complexity.

Another characteristic of the current epidemic is that children under the age of 15 appear to be among the most affected. In Guatemala, they represent 52% of total cases of severe dengue, while in Honduras, they constitute 66% of all confirmed deaths. According to Dr. Espinal, this may be due to the fact that their age means they have been less exposed to the virus in the past and may therefore lack immunity.

Dengue is caused by a virus that has four different, but closely related, serotypes: DEN-1, DEN-2, DEN-3 and DEN-4, all of which circulate in the Americas. When a person recovers from the infection, he acquires lifelong immunity against that particular serotype. However, subsequent infections caused by other serotypes increase the risk of acquiring more severe forms of dengue. Serotype 2 is one of the deadliest and is the one currently affecting children and adolescents.

The ten countries currently most affected by dengue, in terms of new cases per 100,000 inhabitants, are Nicaragua, Brazil, Honduras, Belize, Colombia, El Salvador, Paraguay, Guatemala, Mexico and Venezuela. Honduras and Nicaragua have already declared national-level epidemiological alerts this year to expedite the response.