Giselle by Cuban National Ballet at the Kennedy Center 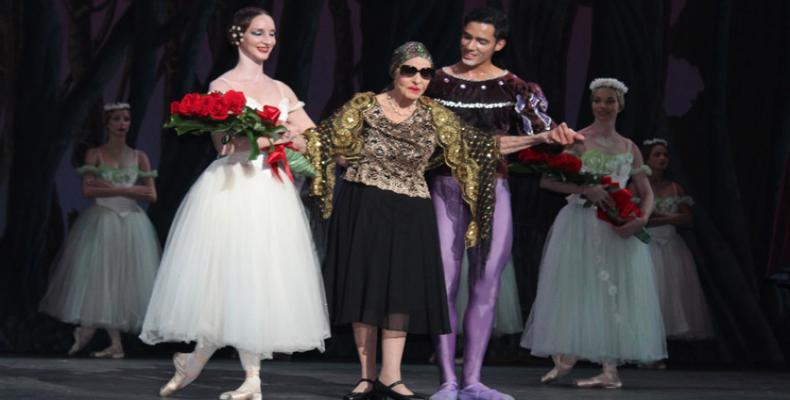 Washington, June 1 (RHC) – A new generation of Cuban dancers were a hit at the Kennedy Center’s Opera House with the classic Giselle Thursday night.

Cuban premier dancer Sadaise Arencibia and soloist Raúl Abreu danced Giselle at the Opera House of the Kennedy Center for the Performing Arts in Washington D.C, Thursday night, four decades after the Cuban National Ballet’s successful debut in the US on the same stage with Alicia Alonso, the director of the renowned company, dancing the part of Giselle.

According to Prensa Latina news agency, Arencibia had a delicate and ethereal presence on the stage of the opera house, combining technique and artistry to convey happiness, innocence, torment and passion in one of the best known parts in universal dance.

Raúl Abrey was a very convincing Albretch, combining gallantry and histrionics in each one of his movements, according to the same agency.

The Cuban National Ballet Company’s performance at the Kennedy Center’s Opera House is part of the Arts of Cuba Festival: from the island to the world, which kicked off in the US capital May 8th and is set to wind up with the last of five performances of Giselle next Sunday.