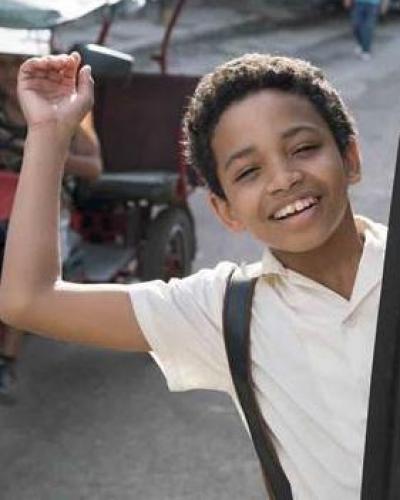 Havana, July 24 (RHC) -- Acosta Danza has announced that the film Yuli, inspired by the life of famous Cuban dancer Carlos Acosta is set to compete at the San Sebastian Film Festival in Spain.

The movie, directed by Spanish filmmaker Iciar Bollaín, will have its world premiere at the important festival’s 66th edition. The cast is made up of Acosta himself, awarded Cuban actress Laura de la Uz, Cuban National Dance Award winner, maestro Santiago Alfonso, actress Yerlín Pérez, and young actors Carlos Enrique Almirante and Andrea Doimeadiós, among other personalities of the Cuban performing arts scene.

Though the film is not a bio pic of the renowned Cuban dancer, it was shot with a script by Scottish Paul Laverty, who based his story on the dancer’s biographic book No Way Home.

The movie tells the story of the special and very strong relationship between Acosta and his father. As a child, Acosta didn’t want to go to ballet school and his father foresaw his child would succeed in his ballet studies; when the young student discovered his passion for dance, he never realized he would become one of the world’s best dancers.

With a hunch that someday his son would become an important personality, Pedro Acosta nicknamed Carlos Yuli, because Pedro considered Carlos Acosta a descendant of the African warrior God Ogún.

The San Sebastián Festival is one of the most prestigious cultural events in Spain and the Spanish speaking world. With a history of over 50 years the festival has premiered movies, such as Vertigo and With death on the heels by Alfred Hitchcock.