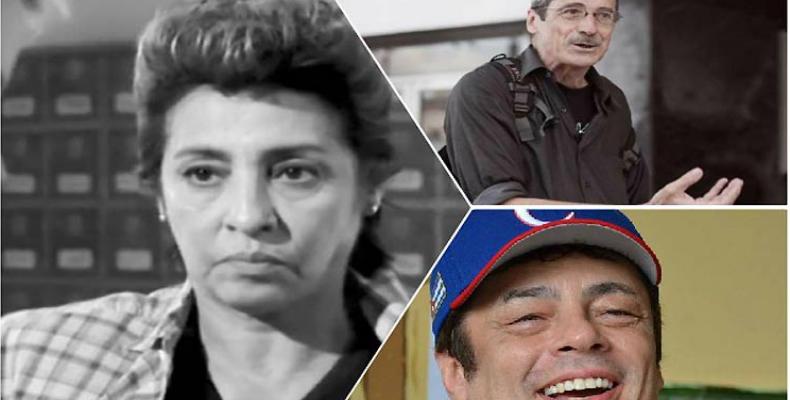 The 15th Festival kicked off last night with the awards ceremony that recognizes the artistic work of two personalities of the island’s and universal arts world, who have devoted their lives to cinema. Daisy Granados is considered by critics ‘The Face of Cuban Film’, due to the renowned Cuban actress’ master performance in top movies of the Cuban revolutionary film industry, such as Memories of Underdevelopment, Portrait of Teresa, Cecilia and Plaff. For his part, Pérez is one of the most important contemporary Cuban directors, whose films are essential in Cuban audiovisual history, such as Clandestines; Hello, Hemingway; Suite Habana; José Martí: the eye of the canary and Last Days in Havana.

The Honorable Lucía Award is inspired by the movie Lucía by Humberto Solás –the founder and creator of the International Low Budget Film Festival of Gibara, the antecedent of the current film gathering-. Lucía is dubbed as one of the best Cuban films ever, taking on a fictional tour of Cuban history in three different times through the lives of three women named Lucía.

During the Festival’s closing on Saturday, July 13, a heavy-weight of the US movie industry, Puerto Rican actor and producer Benicio del Toro -- who attends the festival nearly every year, will receive the same prize.  Other celebrities who’ve been granted the award are director Enrique Pineda-Barnet, actors and actresses Salvador Wood, Mirtha Ibarra, Eslinda Núñez and Adela Legrá, the two living protagonists of Lucía.  The International Film Festival has become a cultural event with a local, national and international connotation in which top quality movie-related activities mingle with music concerts, fine arts, socio-cultural projects and the attendance of stars, such as Benicio del Toro. The festival is currently being directed by renowned Cuban actor and Director Jorge Perugorría, best known for the Cuban film "Strawberry and Chocolate."