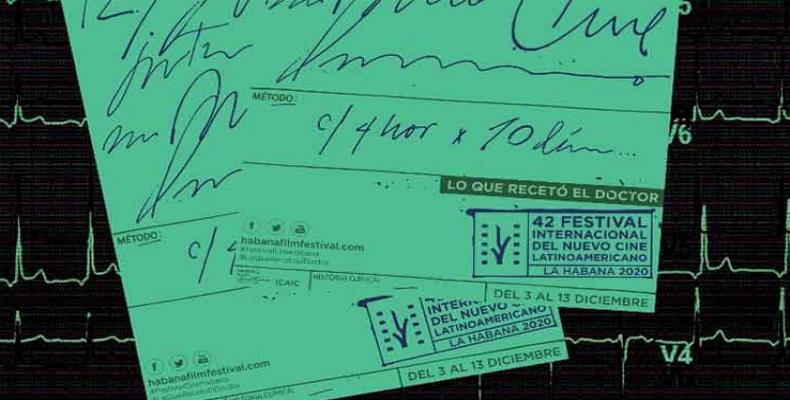 Havana, July 7 (RHC) -- The International New Latin American Film Festival has presented its 42nd edition’s image, which inevitably refers to medicine and health staff in the fight against Covid-19.

The press release issued by the annual event’s organizers in Havana notes that the event will take place at a time in which ‘it is not only important to heal the body but to maintain the soul,’ in that sense, cinema is an art form and a means of maintaining a healthy mind, according Granma newspaper. The document highlights that the most important film event in the region will be held from December 3 to 13, 'even when the panorama is uncertain, the certainty that audiences can have is that the lights of the Havana movie’s theaters will turn on and off to enjoy the best of Latin American and world cinema.'

On this occasion, the promotional campaign that accompanies the festival's preparations comes with the slogan: 'What the doctor prescribed', as a reaffirmation of the value of art and culture in times of crisis. The press release details that entries will be accepted until August 30, which can be accessed online and register all the works that they wish, following the festival’s regulations.

Founded by prestigious intellectual and film promoter Alfredo Guevara and currently chaired by Cuban director Iván Giroud, the International New Latin American Film Festival in Havana maintains the precepts of the event’s beginnings and presents the reality of Latin America.