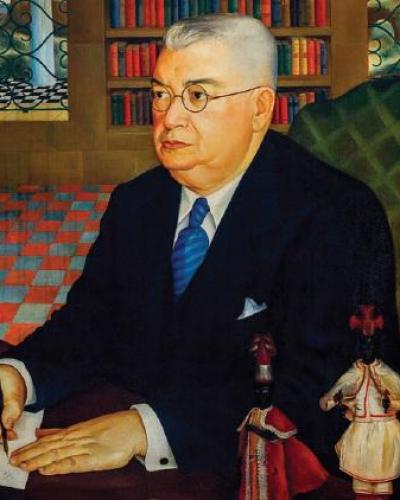 Havana, July 17 (RHC)-- The work of Cuban ethnologist Fernando Ortíz has been declared a Cultural Heritage Asset of the Cuban Nation at a ceremony held on Tuesday in Old Havana. The declaration confirms the Cuban government and its institutions’ commitment to preserving, promoting and spreading his work among the current and future generations.The President of the National Cultural Heritage Council, Gladys Collazo, made it public in Old Havana’s San Gerónico University, according to Granma daily.

Directly linked to the valuable legacy of the renowned Cuban intellectual are the José Martí National Library, the Literature and Linguistics Institute, the House of Africa, the National Music Museum and the Fernando Ortíz Foundation, led by poet and ethnologist, Miguel Barnet, who told participants that his maestro’s contributions are the most extraordinary contributions to Cuban social sciences in the 20th century.

At the ceremony, Barnet’s devotion to the study, promotion and spreading of Don Fernando’s work was highlighted by the Director of the Havana Historian Office, Eusebio Leal. Historian Eduardo Torres-Cuevas was also on hand and stressed that Ortiz is a beacon for young scientists and intellectuals.