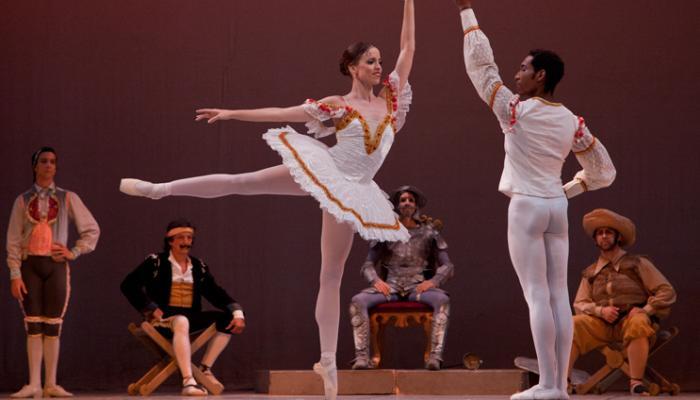 Attending the opening ceremony was Cuban First Vice-President, Miguel Díaz-Canel, and Culture Minister, Julian González. The dance gathering, set for from April 13 through 26, is being attended by more than 500 ballet and dance students from 14 countries, including the United States for the first time. Cuba and Mexico stand out among the countries with the largest number of participants, while other countries have sent dance students and professors, including Brazil, Bolivia, Colombia, Ecuador, Guatemala, Italy, Peru, the Dominican Republic, South Africa and Venezuela.

A dance critics workshop, master lectures on the Methodology of the Cuban Ballet School, physical training, character dance, composition, choreographic and children’s theater classes are on the event’s agenda. The International Ballet Students Competition will run parallel to the cultural gathering in which children will compete for the first time.

The first 16 ballet students from all categories will be awarded at the competition, while other prizes include a Grand Prix, Revelation, Best Pas de Deux and Best Performance, among others. Fine art is also on hand at the Encounter with two exhibitions at the Cuban Ballet School headquarters and at the lobby of the National Theater, showcasing different views of dance in paintings, sculptures and photos. The International Ballet Academies Encounter is organized by the National Arts Schools Center –CNEART- and the Cuban National Ballet School –ENB.