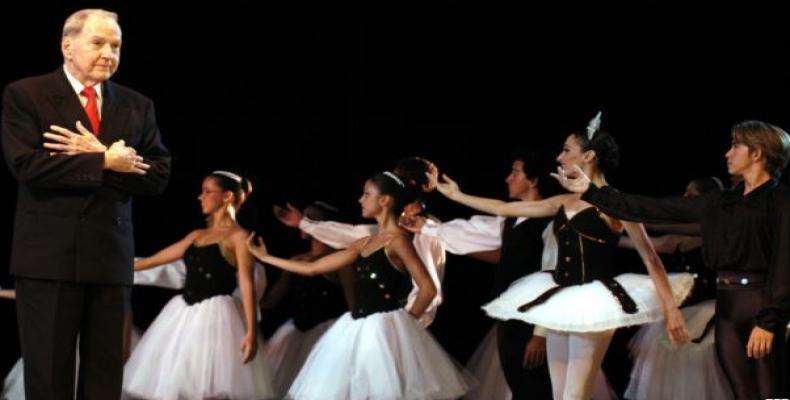 The famous Cuban National Ballet School has been named after late Cuban pedagogue, ballet teacher and dancer, Fernando Alonso, known around the world as the Father of Cuban Ballet.

With the attendance of Cuban cultural celebrities and national dance award winners, Culture Minister, Julian González, and National Ballet School directress, Ramona de Saá, on Wednesday unveiled the plaque naming the school Fernando Alonso at the entrance to its headquarters. Considered one of the most outstanding figures in the world of ballet, Fernando Alonso, who passed away in 2013, earned prestige worldwide as one of the world’s best ballet professors and as the principal designer of the internationally known and praised Cuban ballet school.

In 1938 he joined the Mordkin Ballet and was part of various Broadway musicals. A year later he joined the Ballet Caravan or antecedent of the New York City Ballet and in 1940 he became a member of the recently founded Ballet Theater (now American Ballet Theater) based in the same city. He was a soloist and stayed at company until 1948, when, along with his wife Alicia and brother Alberto Alonso, he got involved in the historic event of setting up the Cuban National Ballet Company, whose general direction he assumed for 27 years. In 1950, he limited his career as a dancer and basically devoted himself to directing the Company and the Alicia Alonso Ballet Academy, founded the same year.

A tribute was paid to the maestro during Havana’s 24th International Ballet Festival from October 28th through November 7th on the occasion of his centennial, which consisted of master classes, talks and lectures by renowned Cuban and international dancers and experts at the headquarters of the National Ballet School of Cuba.