Cuban artists to perform at Kennedy Center in February 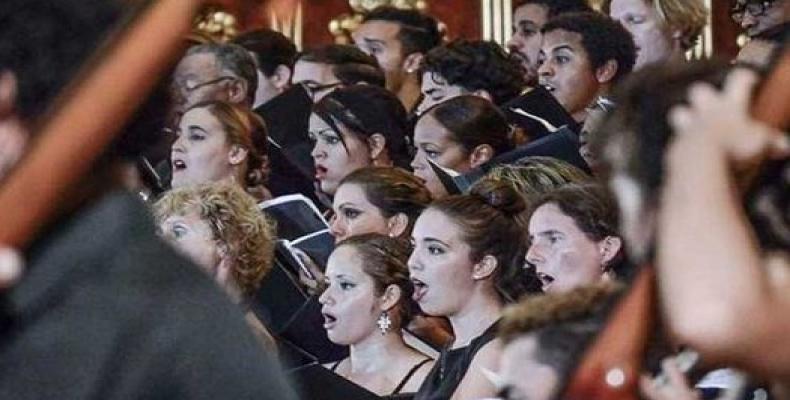 Washington D.C., February 8 (RHC)—A group of Cuban artists is returning to Washington D.C. to perform at the Kennedy Center's from February 13 through the 15.

After stand-out performances at the Center's Artes de Cuba festival in 2018, the multi-award-winning Havana Lyceum Orchestra and one of Latin America's most cutting-edge theater directors Carlos Diaz join forces for a Cuban adaptation of Mozart's opera La Clemenza di Tito, the Clemency of Titus.

With singers and actors from both Cuba and Salzburg (Mozart's Austrian birthplace), Cuban dancers, and over 40 musicians performing together, the new production will be staged at the Eisenhower Hall.

This show, premiered last October in Havana, opened the fifth edition of the Mozart Festival in the Cuban capital. On January 1 of this year, the Gran Teatro de La Habana Alicia Alonso announced the inscription of this performance in its Book of Honor.

The Symphony Orchestra of the Higher Institute of Arts, attached to the Mozartian Lyceum, was among the groups that participated in the Festival "Artes de Cuba", organized by the Kennedy Center, in Washington DC.

Due to the warm reception of their performances, the Kennedy Center institution decided to invite the group for another cultural exchange in 2020.